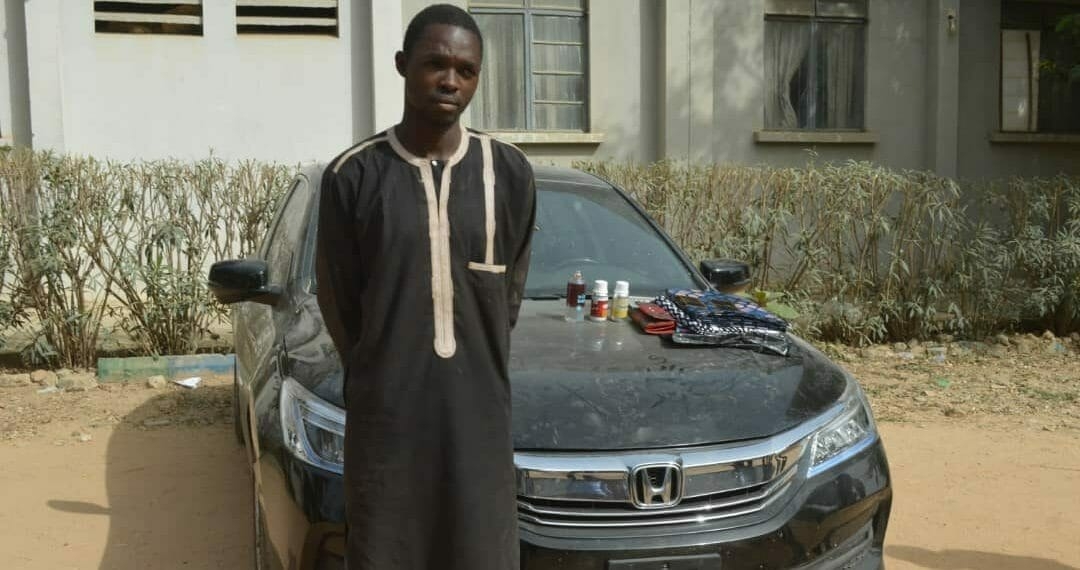 A 30-year old worker at a car wash centre in Kano, Abdullahi Sabo, has been arrested after allegedly absconding with a customer’s car.

The police spokesperson in the state, Abdullahi Kiyawa, said the suspect was arrested in Daura, Katsina State with the stolen vehicle.

Mr Kiyawa said the police had, on November 30, received a complaint from a resident of Badawa Quarters in Kano that a car wash operator had run away with her Honda Accord 2017 model car.

“When she went back, she discovered that the motor vehicle and the carwash cleaner are nowhere to be found.

“On preliminary investigation, the owner of the Carwash was invited. He claimed to have hired the service of one Abdullahi, without knowing his identity. He left him alone based on trust at the carwash centre where he made away with the said customer’s Motor Vehicle.”

According to Mr Kiyawa, the suspect has confessed to stealing the vehicle at the said carwash in Kano where he was hired, with the intent to sell it.