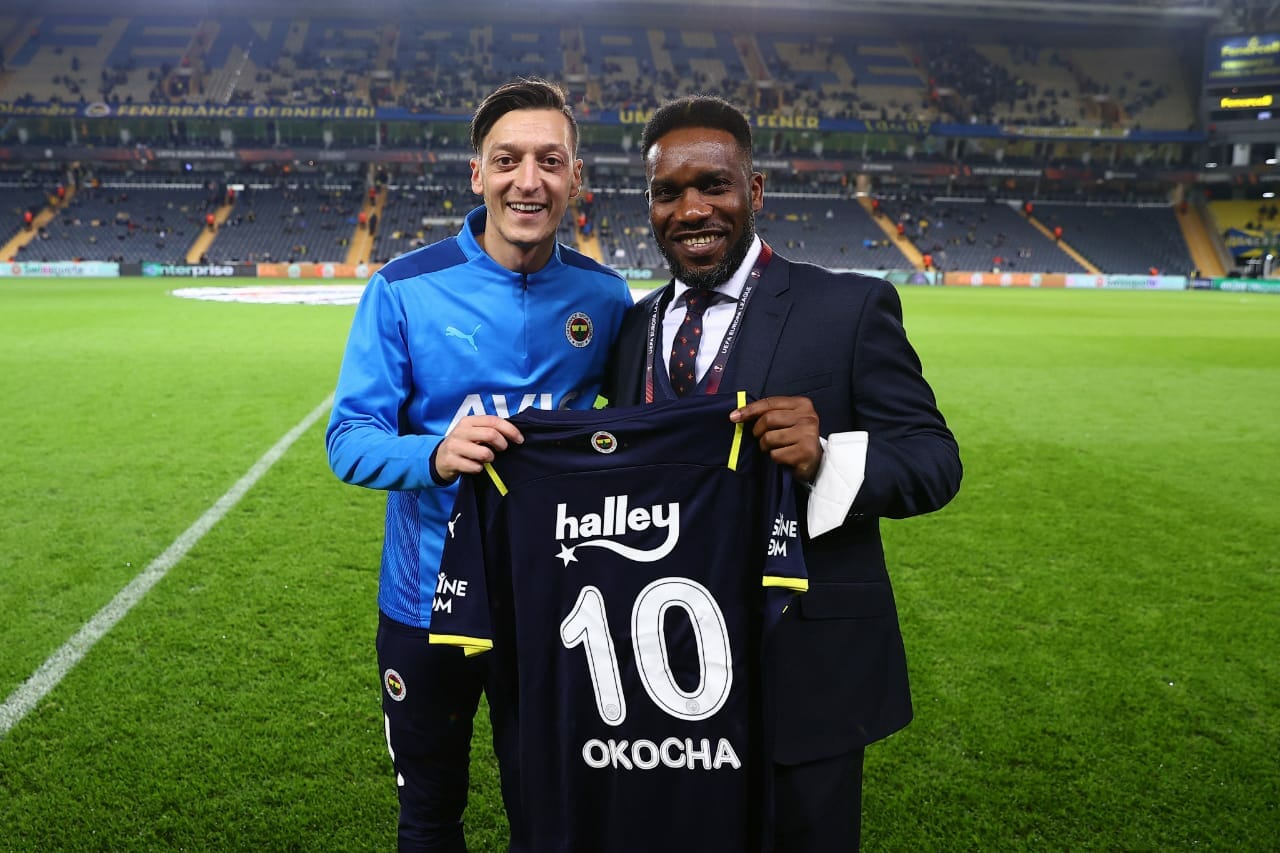 ‘He was my childhood idol’ — Ozil joins Fenerbahce to celebrate Okocha

Jay Jay Okocha, former Super Eagles player, was given a rapturous welcome and recognition by the fans of FC Fenerbahce of Turkey on Thursday.

The 48-year-old Nigerian was also presented with a new Fenerbahçe jersey by Mesut Ozil, the club’s first team captain.

The recognition came just before the Yellow Canaries’ final Europa League group game of the 2021/22 season against Eintracht Frankfurt of Germany, which finished in a 1-1 draw.

In a statement published on the club’s official website on Thursday, the Turkish side described Okocha as “legendary” while reminiscing on the time the Nigerian played for the team.

“We hosted our legendary Nigerian player Jay-Jay Okocha at our stadium to watch Fenerbahçe’s match against Germany’s Eintracht Frankfurt at Ülker Stadium Fenerbahçe Şükrü Saracoğlu in the 6th and last week of UEFA Europa League Group D,” the post read.

“Before the match, our captain Mesut Özil presented Okocha the number 10 Fenerbahçe jersey with his name on it. Our fans, who came to our stadium to watch the match, showed great interest to Jay-Jay Okocha with applause and cheers.”

On his part, Ozil took to his verified Twitter page on Friday to share a picture of himself presenting the new Fenerbahce jersey to Okocha.