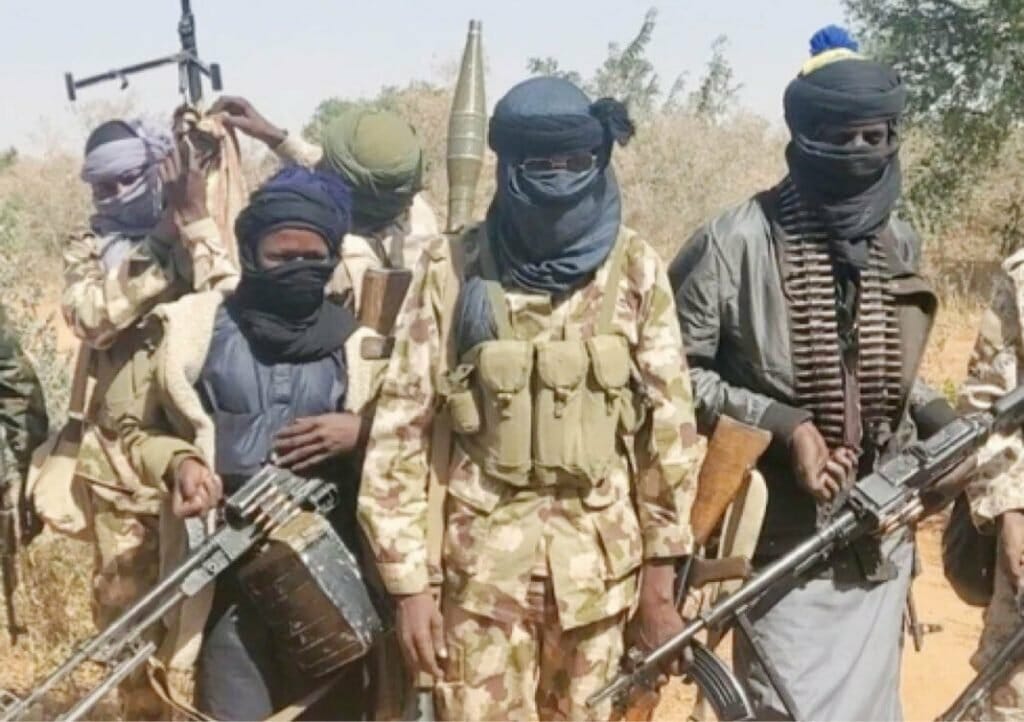 Bandits wearing army uniform kidnapped a mother and her 4 children in a village close to Sabon Tasha community of Chikun Local Government Area of Kaduna State.

The state Police Public Relations Officer(PPRO), ASP Mohammed Jalige, who confirmed the kidnap, said the incident happened when the bandits attempted to kidnap some residents of Sabon Tasha community.

Jalige said the bandits about 30 in number, raided the community wearing Army uniform.

The bandits attempted to enter a residence in Sabon Tasha GRA but the security agents dispersed them. The hoodlums then proceeded to the nearby village where they kidnapped the woman and her 4 children.

The PPRO said they were taken to an unknown place but efforts were being made to rescue the victims.