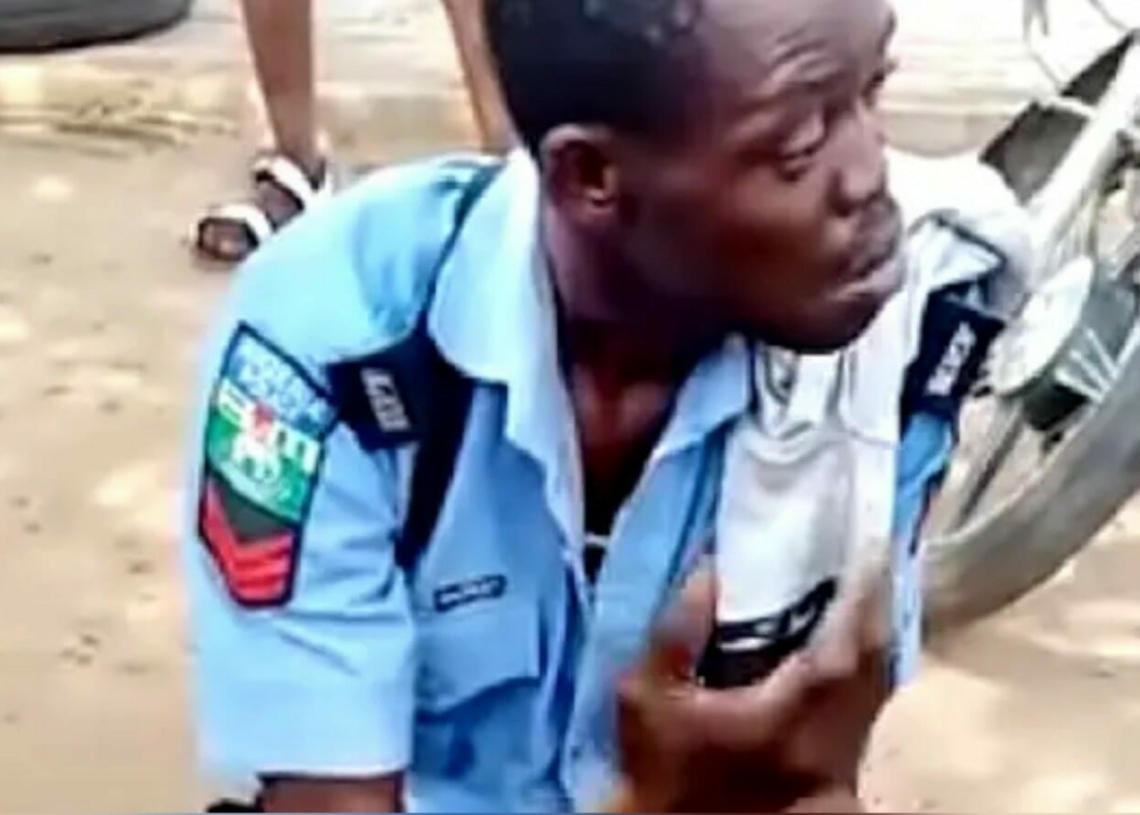 Osun State Police Command has disclosed that it arrested its personnel, Sergeant Onatunde Joba, whose video of being drunk went viral.

A statement by the police spokesperson, SP Yemisi Opalola stated that the command will not tolerate any kind of unprofessional act from its personnel.

She added that investigation into the circumstances of the policeman getting drunk in uniform is ongoing while the Sergeant is undergoing an orderly room trial.

The statement reads: “The Osun State Police Command in its continued efforts to rid the Command of all forms of unethical behaviours, unprofessional acts and indiscipline, has identified, arrested and detained the police officer, Sgt Onatunde Joba that was drunk and whose video went viral.

“Investigation and disciplinary actions have commenced as the police officer is undergoing Orderly Room Trial.

“The Commissioner of Police, CP Olawale Olokode, psc is using this medium to state that the stringent disciplinary action he would face will serve as a deterrent to other officers of his likes, as the command under his watch will not tolerate or condone any act that is capable of tarnishing the image of the Force, or unbecoming of a police officer”.