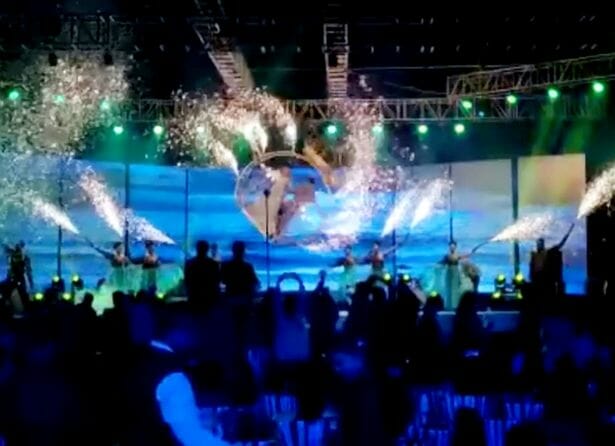 During their elaborate wedding entrance, a pair of newlyweds fell 12ft towards the ground after a huge swing they were standing on broke from its supports.

The horrified guests watched as the couple fell towards the ground at their wedding on Sunday, Dec. 12.

The couple entered the reception in Raipur, in Chhattisgarh in central India, on a circular swing that was hoisted 12ft into the air.

They also had huge firework sparklers behind them. 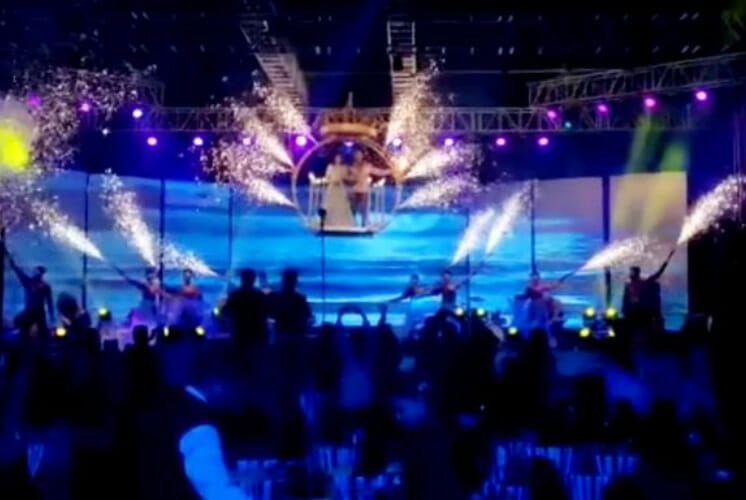 However, as they were coming in on the swing, something snapped and caused the swing to twist to one side, sending the couple plummeting to the floor as their guests stood shocked. 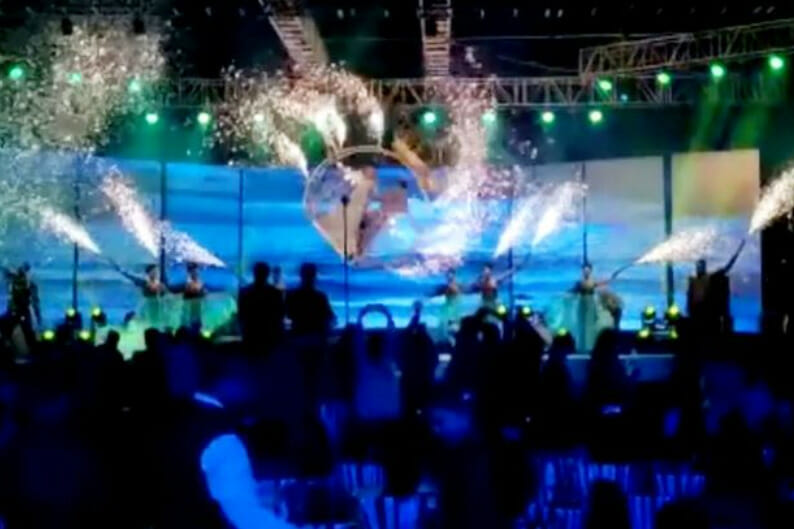 The couple were carried out of the venue.

It’s believed the couple sustained minor injuries in the incident, and thankfully were able to continue with the big day half an hour later.