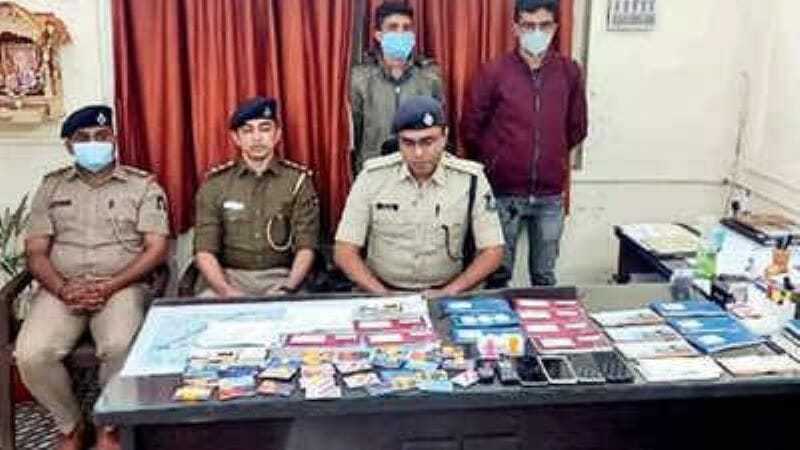 A Nigerian national identified as Rafael Addedio Yinka, has been arrested alongside two others after the police in India busted a pan-India hawala racket with possible links outside the country.

According to The Times of India , the police also froze about 30 bank accounts having transactions worth Rs 7 crore which, though in names of different persons, was operated by accused Jatin Pala and Mohit Parmar.

Pala and Mohit’s handler and Yinka, were arrested from Mumbai on Wednesday.

“It is suspected that the money from the bank accounts was transferred to Nigeria through hawala. We will be questioning Rafael to know where the money was being channelised,” said Jamnagar assistant superintendent of police Nitish Pandey.

“This is an organised racket where the accused targetted people in different cities with lure of attractive offers. They cheated them and extorted money from them which they deposited in different accounts of other victims.”

Parmar had told police that Jatin and Mohit promised him a job and asked to open a savings and a current account in a bank.

Parmar later came to know that the accused duo had opened a bank account in the name of a firm, PL Consultants, using his documents and made transactions of Rs 40 lakh in the same account.

He suspected something fishy and approached the police.

During the investigation, police searched Jatin and Mohit’s houses and found cheque books and debits cards of around 30 bank accounts.

On scrutinising the bank accounts, police found transactions worth Rs 7 crore in the last three months.

All the bank accounts, with a total balance of Rs 24 lakh, have been frozen.

The Jamnagar police have identified at least 20 persons, who have become victims of the gang in Bangaluru, Delhi and Vadodara.

According to police, the gang used to lure traders by offering them oil or chemical products at cheaper rates from foreign companies.

The accused introduced the other gang members to the traders as distributors.

The advance collected from the traders was deposited in bank accounts opened using somebody else’s documents.

In Jamnagar, Jatin and Mohit used to work under the instructions of Nigerian handler Rafael.

They used to withdraw the money through ATMs and send it to Mumbai through Angadiya where Rafael received it.