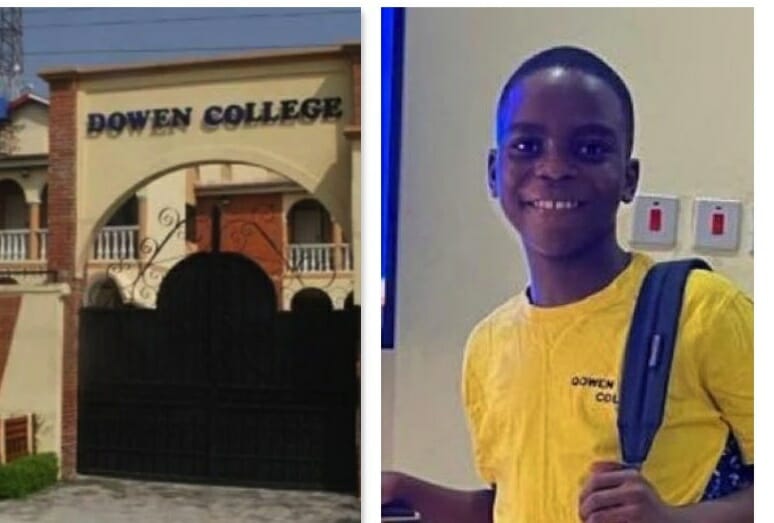 Following the bail granted by a Magistrate’s court in Yaba to the five students of Dowen College, Lagos State, who allegedly tortured late Sylvester Oromoni, Jnr, his family has reacted.

N1 million bail was granted by the magistrate court on Tuesday to five students of Dowen College charged with the alleged murder of Oromoni. The Chief Magistrate, Olatunbosun Adeola, after hearing the bail application filed by the counsel for the defendants, ordered the defendants to produce two sureties each in like sum. Read here.

Reacting to this development, the father of the deceased student, Sylvester Oromoni Snr, wondered the rationale behind the bail when the 21 days requested by the police for investigation was yet to elapse.

“Yesterday I was called that those boys were granted bail by a Magistrate Court in Yaba, Lagos. I said, “why?” I now called the Commissioner of Police, Lagos State and he told me; I was not aware, and that they were not done with the investigation.

I called the DCP in charge of the case who later confirmed to me that the story is true.

But it was a surprise to me that the same judge gave them 21 days which expires on the 28 of this month when the police requested for the remand order. The court granted 21 days to keep those boys.

And the 21 days have not expired, and the court granted them bail. I am calling on President Muhammadu Buhari, the Lagos State Government and the Inspector General of Police to please take note.

And they were even planning that after the 21 days if they are not done with their investigation, they will ask for an extension. I am surprised that the court granted them bail when the date given has not elapsed.