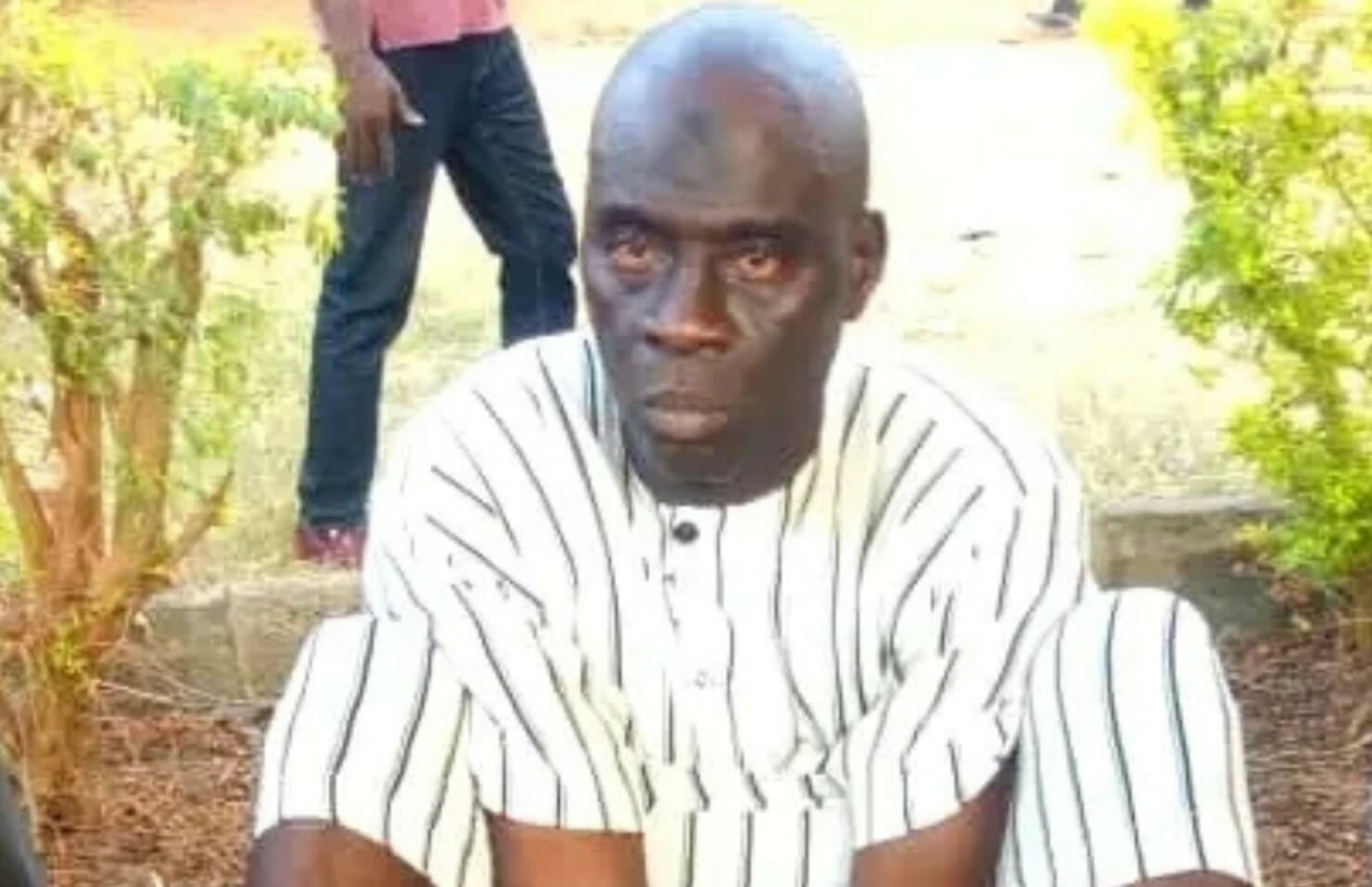 Ondo: I ordered for fresh human head for money ritual at the sum of N60,000 – Cleric confesses

A 55-year-old Islamic cleric, Tunde Olayiwola, has confessed that he bought the fresh human head found in his possession at Ajagbale area of Oka in Ondo town, Ondo State, for N60,000.

Olayiwola, who was paraded at the Ondo State police command, said that the fresh human head was meant for money rituals.

In an interview, the suspect who said he hailed from Osogbo, Osun state, said he ordered for the fresh head for money ritual at the sum of N60,000.

“It was delivered to me at home by a man I met at a social function on Thursday morning.

“I was about to commence the ritual when I was arrested by the police detectives.

“I purposely ordered for the human head to make my life better and it was delivered to me.

“This is my first time, but I want to do it to become rich and live a better life. The head was delivered to me today,”

Oyediran added that “the suspect was apprehended with the fresh head delivered to him and confessed that the head was meant to be used by him to ensure a better life.

He said ” on the 23rd of December, 2021, at about 9am, the police received an information that a self acclaimed cleric named Alfa Tunde Olayiwola , a suspected ritualistic was about to receive a consignment suspected to be human head.

“The police immediately swung into action and the cleric was apprehended at Ajagbale area of Oka in Ondo town.

“A free head was found in his custody. He confessed that the head found in his possession was to be used to ensure he had a better life,” Olayiwola said.

Man kills 24-yr-old woman in hotel room
Also paraded was a 26-year old, Ayodele Bankole arrested after allegedly killing a young lady he took to an hotel in Akure, the state capital.

The police commissioner said that the suspect took the young lady to an hotel and stabbed her to death with knife and fled but was later apprehended.

“The suspect, Bankole went to an hotel but a few minutes later jumped down the stairs of the hotel and took to his heels.

“He was pursued and brought back to the hotel room, only for a young lady of about 24 years old to be found in the pool of her blood with fresh injuries on her neck and chest.

“She was confirmed dead at the hospital, while a blood stained knife was recovered at the scene of the incident,” the police boss said.

However, the suspect in an interview claimed that he was an Okada rider who was hired by a passenger to an hotel.

According to him, “I was apprehended while waiting for the passenger.

“I was never at the hotel or kill anyone. I am an okada rider but I was surprised to be apprehended and arrested by the police.

“I cannot identify my passenger. I was just waiting for him.”

However, the police commissioner said the suspects will soon be charged to court after a thorough investigation.