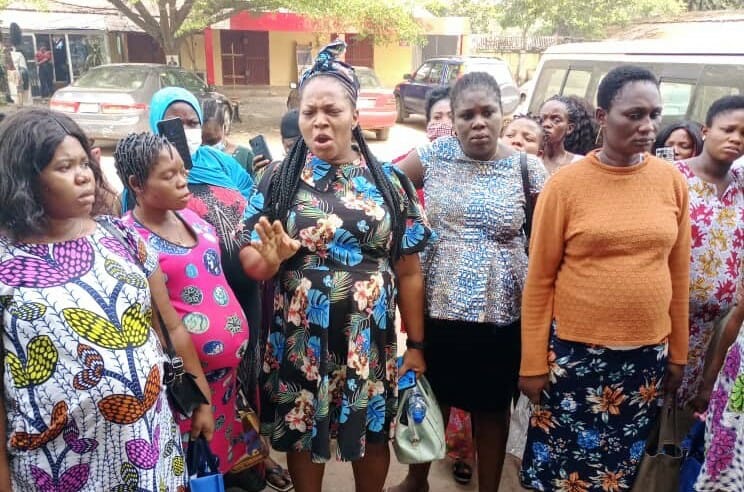 The women, who stormed the Edo State Council Secretariat of the Nigeria Union of Journalists, claimed that they were scheduled to attend antenatal care but were directed to go home and return on January 11, 2022.

Spokesperson of the women, Happy Imafidon, said, “We got here and we were told no antenatal care from Wednesday, December 22 to January 11. They said the department has been closed.

“We asked what we should do if anyone has issue before January 11. They told us that the order from above is that we should go to private hospitals.

“A woman was already preparing for labour and she was told to go. We cannot suddenly go to a private hospital.

“We don’t have the money and some of these private hospitals don’t have qualified personnel, that is why we always come to the government-owned hospital.”

The Commissioner for Health, Prof Obehi Akoria, accompanied by the hospital’s Managing Director Dr Duncan Iyawe, who visited the NUJ complex, attributed the incident to a communication gap between the health workers and the patients.

She said the government had made proper arrangements to take care of pregnant women and has mobilised vehicles to convey the aggrieved women back to receive care at the hospital.

Akoria said, “We joined the antenatal with the labour ward so that all will be in the same place. That is the plan. We will ensure the nurses communicate to you all properly. They didn’t pass the message well. We didn’t drive you from the Central Hospital.

“Upon your return to the hospital today, you will be booked and told the date and location to come.”