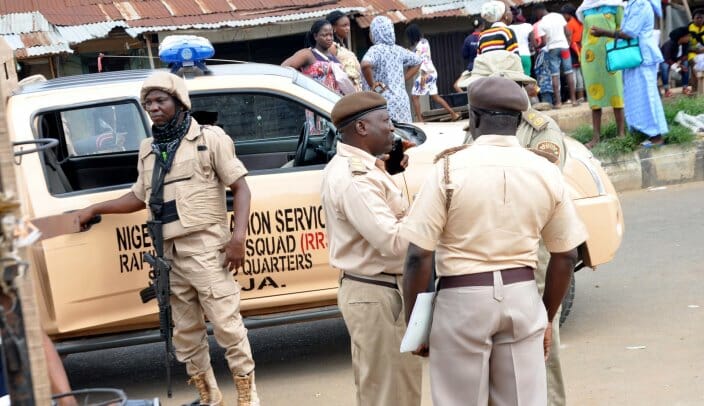 The Nigeria Immigration Service has put its officers at various border posts across the country on red alert of a looming terrorist attack in the Federal Capital Territory, Abuja.

The NIS said it received intelligence from the Presidency that some terrorists from West African neighbour, Mali, want to move through the border Nigeria shares with Niger Republic border to launch an attack in Abuja.

The letter dated December 23, 2021, was titled, ‘Terrorists Plan Attacks In Abuja’ and signed by the Land Border Patrol Commander, Edirin Okoto, on behalf of the Acting Comptroller General Of Immigration Service, Idris Jere.

It read, “The Office of the Ag CGI is in receipt of a Security Report (URGENT) from the Presidency (OSGF). The import is about a looming attack on Nigeria’s Capital City, Abuja, between 17th and 31st December, 2021. The planned attack is purportedly being led by one DRAHMANE. OULD ALI, aka Mohammed Ould Sidat, an Algerian national to be assisted by one Zahid Aminon, a Nigerien national.

“The report indicates the duo are enroute Nigeria from Mali through Gan and Niger Republic, riding a white Toyota Hilux van with Reg. No- AG157EKY. That these two had four Nigerian accomplices who are already embedded in the country.

“It is further reported that Ali holds Algerian Diplomatic Passport with the name Najim Ould Ibrahim.

“Consequently, I am directed to request you to intensify alert levels, emplace necessary countermeasures at all our entry/exit points- Air, Land, Sea/Marine, including, but not limited to, surveillance, rigorous search on persons and vehicles, transhumance, to effectuate the immediate arrest of these terrorists/countervail this and any terrorist attacks in Abuja.”

Similarly, the Department of State Services had in November 2021 alerted the Nigeria Customs Service over planned attacks by insurgents at border communities across the country anytime from now.

For over a decade, West African countries including Nigeria, Mali, Niger Republic have been bedevilled by deadly attacks by terrorist group, Boko Haram, and its splinter faction, the Islamic State’s West Africa Province. Thousands of innocent Nigerians including scores of soldiers have been fell by the militant fighters.