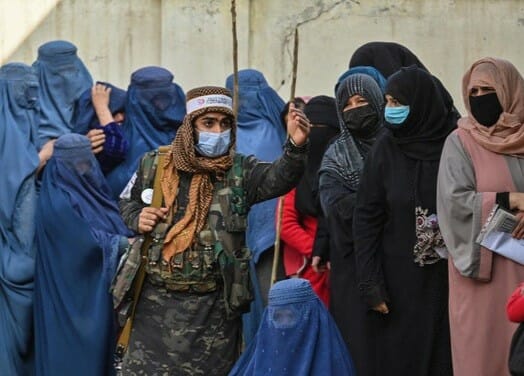 Today, December 26, the Taliban announced the ban of Afghanistan women from traveling long distances except they are accompanied by a close male relative.

Furthermore, car owners have been warned to only offer rides to those women wearing Islamic hijabs, according to a guidance issued by the Ministry for the Promotion of Virtue and Prevention of Vice.

The ministry spokesman Sadeq Akif Muhajir told AFP on Sunday that it must be a close male relative escorting any woman who wishes to travel.

Muhajir said: “Women travelling for more than 45 miles (72 kilometres) should not be offered a ride if they are not accompanied by a close family member.”

The ministry also called on women TV journalists to wear hijabs while presenting on TV.

The minister added that the hijab would also be required for women seeking transport.

Insecurity: UK warns citizens against travelling to 12 states in…

The ministry also ordered people to stop playing music in their vehicles.

Since taking power in August, the Taliban have imposed various restrictions on women and girls.