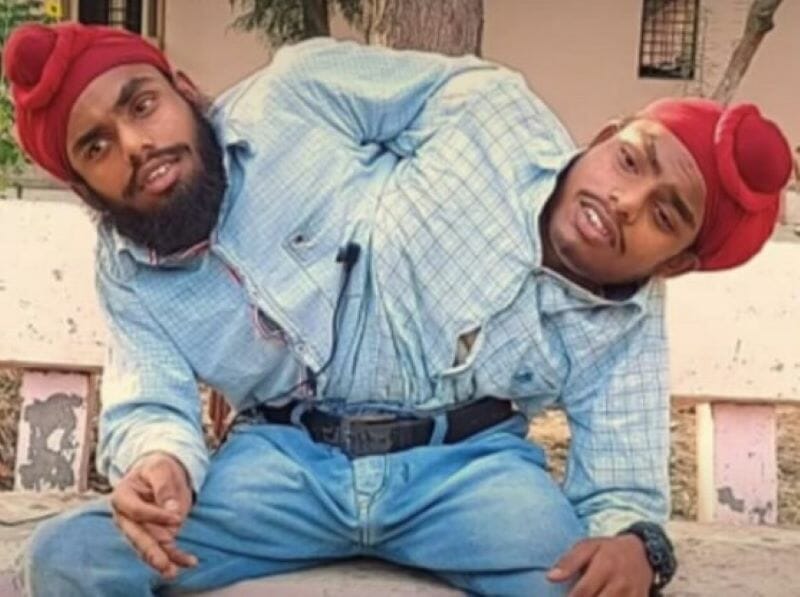 Conjoined twins, Sohna and Mohna Singh, who were abandoned by their parents have landed two jobs and two salaries in India.

The 19-year-old twins from Punjab, are working for the first time having received government jobs.

They will be working as electricians at the Punjab State Power Corporation Limited and earning the equivalent of £100 a month.

The twins had been living at a shelter ever since they were abandoned by their parents when they were babies in New Delhi.

They have two hearts, kidneys and spinal cords, as well as two pairs of arms, but share a liver, gallbladder, spleen and legs.

Doctors refused to separate the twins due to the risky nature of the procedure which could lead to the death of one of them.

While living in the shelter, they showed a knack for fixing things and would try to help out by attempting to mend any broken appliances at their shelter, Mirror reports.

Speaking to the Independent, the twins said: “We are thankful to the Punjab government for recognising our talent.”

Officials at the power company were impressed with the twins after they visited a training site and demonstrated a keen interest in electrics.

According to The Telegraph, Chief Managing Director of PSPCL, Venu Parsad said that the twins showed great technical knowledge and took them on under a disabled person quota.