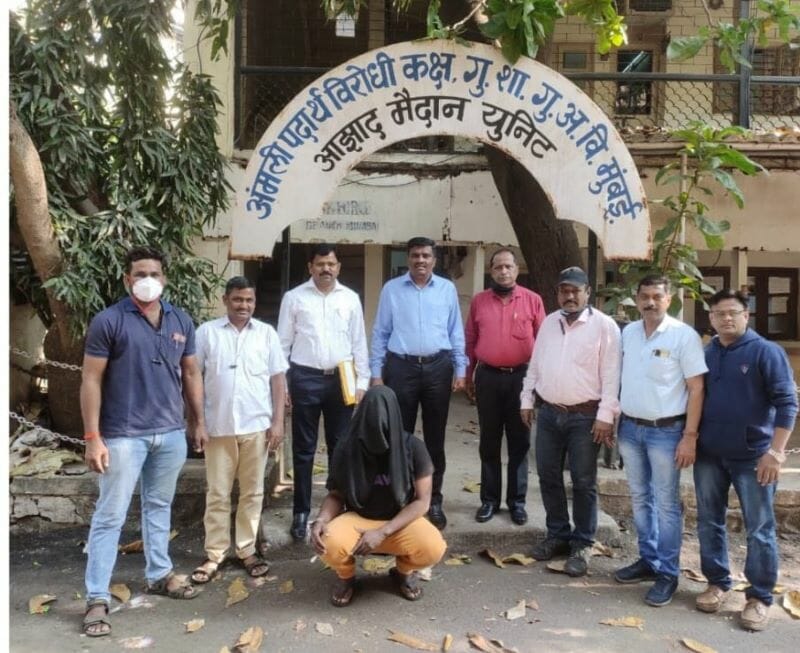 Nigerian man arrested in India with cocaine worth over N17m

47-year-old Nigerian national has ben arrested by the Anti-Narcotic Cell of the Mumbai crime branch for alleged possession of 110 grams of cocaine worth Rs 33 lakhs (N17,986,645.31)

The police said the accused identified as Boega Habib Abubakar, was residing in Virar area of Mumbai.

On December 24, the team of Azad Maiden unit of ANC under the guidance of Rajendra Dahifale, senior police inspector, Azad Maidan Unit were patrolling in the South Mumbai area.

“We carried out a body search to find 110 grams of cocaine in his possession worth Rs 33 lakhs. We have registered a case against him under relevant sections of the Narcotic Drugs and Psychotropic Substance Act,” said Datta Nalawade, Deputy Commissioner of Police, ANC.

Nalawade said the accused came for delivery in Mumbai.

“We are further investigating to check where he brought the drugs from. Also, probing if there is any international link to smuggling,” he added.

Dahifale further said the accused was produced in court and remanded in police custody for five days.

The police suspect the drugs were brought to Mumbai for the relievers. As the demand for drugs is high across Mumbai and suburbs over the celebration of ongoing Christmas and upcoming new years.

“With the numerous crackdown on foreign nationals who stay around Mumbai suburbs, they were not coming out for any deal or supply of the drugs in Mumbai. However, with the high demand for New Year, he may have come out for the supply,” said a police officer.