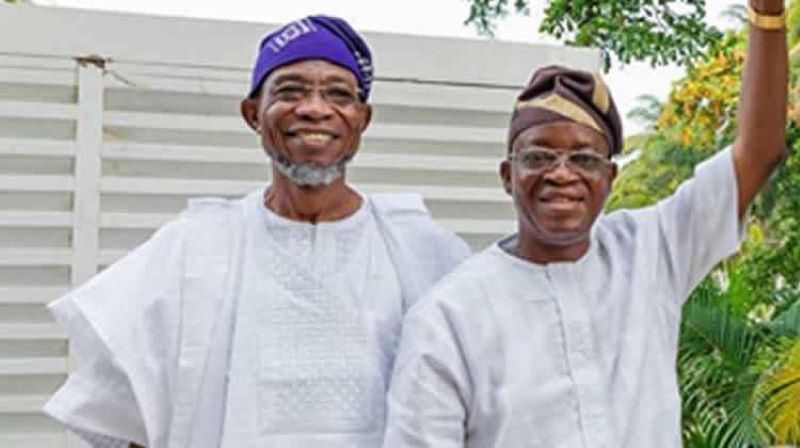 Osun State lawmakers have sought the help of the General Overseer of the Redeemed Christian Church of God, Pastor Enoch Adeboye, to end the feud between former governor, Rauf Aregbesola and his successor, Gboyega Oyetola.

Aregbesola and Oyetola have been at loggerheads for undisclosed reasons since the start of the latter’s tenure in 2018.

The feud has spread between their supporters and split the Osun State All Progressive Congress, APC, into different factions.

According to Vanguard, a source close to the lawmakers said that the Speaker of the Osun State House of Assembly, Timothy Owoeye, alongside eight other lawmakers, were at the church’s headquarters, the Redemption Camp, in Ogun State recently to seek Adeboye’s intervention in the matter.

“The visit was led by the Speaker and they sought Baba’s help to broker peace so as to guarantee and sustain the development of Osun.

“Baba appreciated the visit and the Speaker’s team’s initiative to resolve the issues.

“He, however, stressed that though he is not a politician, he will be guided by the scripture,” the source is quoted as saying.

The Speaker’s media aide, Kunle Alabi, who confirmed the meeting said, “Well, I was aware of the meeting but I am not privy to what was discussed.

“However, the Speaker is a party man to the core and would stop at nothing, including enlisting Baba Adeboye’s help to resolve the crisis, towards ensuring that APC is victorious during July 2022 governorship election.

“Moreover Baba is from Osun and an elder stateman to that effect, so, he fit to be sought after,” Alabi added.