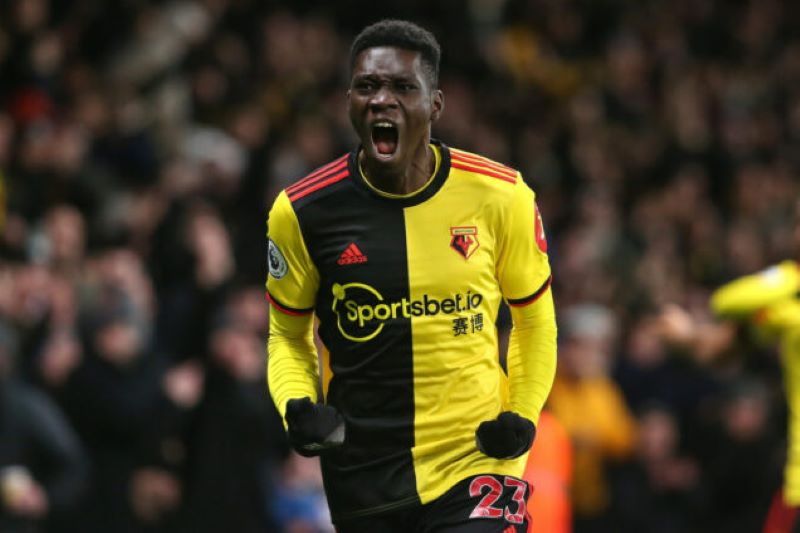 AFCON: Senegal accuse Watford of refusing to release Sarr after similar dispute with Nigeria over Dennis

Senegal Football Federation has accused Watford of refusing to release winger Ismaila Sarr for AFCON and are now threatening to call in FIFA to intervene after the club allegedly blocked their attempts to pick the winger for the tournament.

Sarr is actually out of action since November due to a knee injury and is not expected back in training until late January. But Senegal included the 23-year-old in their squad for the tournament in Cameroon which ends on February 6.

The Senegal Football Federation said Watford informed them on December 31 that he would not be allowed to travel.

WITHIN NIGERIA recalls a similar AFCON row over striker Emmanuel Dennis which ended with him being ‘excused’ from Nigeria’s squad.

The federation’s general secretary Victor Seh Cisse said: ‘The English club Watford notified on the basis of spurious arguments its decision to block the player Ismaila Sarr, who has expressed his desire to join the Senegalese selection for the Cup of Nations. The FSF responded immediately to confirm the player’s call-up and the club’s obligation to release the player by no later than January 3.’

Senegal added they are willing to turn to FIFA if ‘Watford persists in its deliberate refusal to release the player.’

In a statement in response, Watford said: ‘Ismaïla Sarr suffered a knee ligament injury on November 20 in the match against Manchester United and has not been fit to play for Watford since that date.

‘In early December, the club wrote to the Senegal Football Federation outlining the clinical diagnosis of Ismaïla’s injury and immediately followed that up by supplying the MRI scans detailing the extent of the injury.

‘After further consultation with medical experts, we informed the Federation of Ismaila’s rehabilitation process and likely time frame of recovery.

‘Within the past 10 days, the club has reiterated to the Senegal Football Federation the player’s current medical status and recovery schedule.

‘The Hornets have also invited the Senegal Football Federation to instruct their own independent surgeon to confirm the diagnosis and rehabilitation period.’