The Federal Government has officially declared bandits as terrorists.

The gazette proscribing bandit groups in the North as terrorists was made on November 25, 2021 but was unfolded on Wednesday.

This was signed by the Attorney-General of the Federation and Minister of Justice, Mr. Abubakar Malami (SAN).

According to Malami, the gazette said henceforth, bandits will face trial under the Terrorism (Prevention) Act 2011.

It reads in part: “Notice is hereby given that by the order of the Federal High Court, Abuja in Suit No. FHC/ABJ/CS/1370/2021 dated 25th November, 2021 as per the schedule to this Notice and Activities of Yan Bindiga Group, Yan Ta`addan Group and other similar groups in Nigeria are declared to be terrorists and illegal in any part of Nigeria, especially in the North-West and North-Central regions of Nigeria and are proscribed pursuant to sections 1 and 2 of the same Terrorism( Prevention) Act 2011.

“Consequently, the general public is hereby warned that any person or group of persons participating in any manner whatsoever in any form of activities involving or concerning the prosecution of the collective intentions or otherwise of the groups referred to in paragraph 1 of this notice will be violating the provisions of the Terrorism (Prevention) Act 2011 and liable to prosecution.” 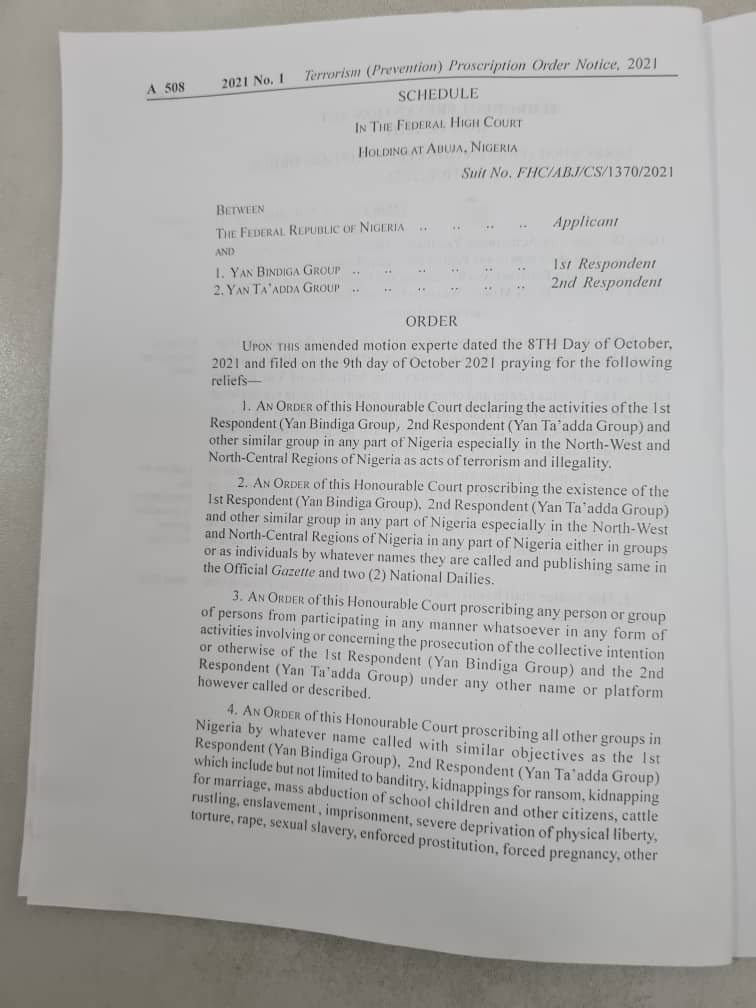 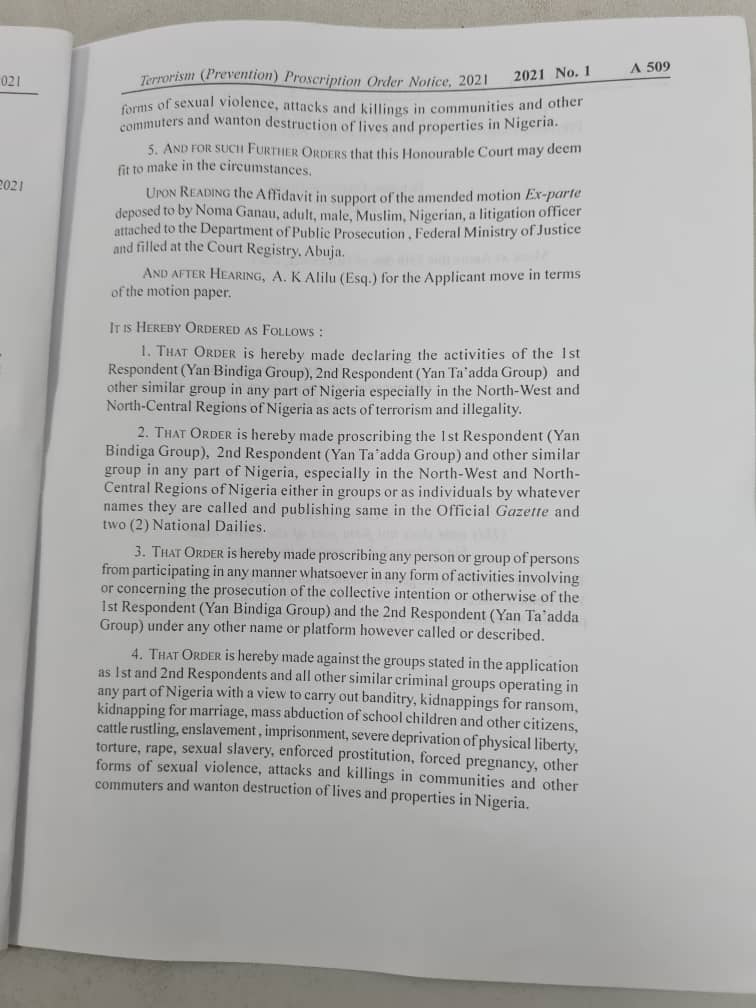 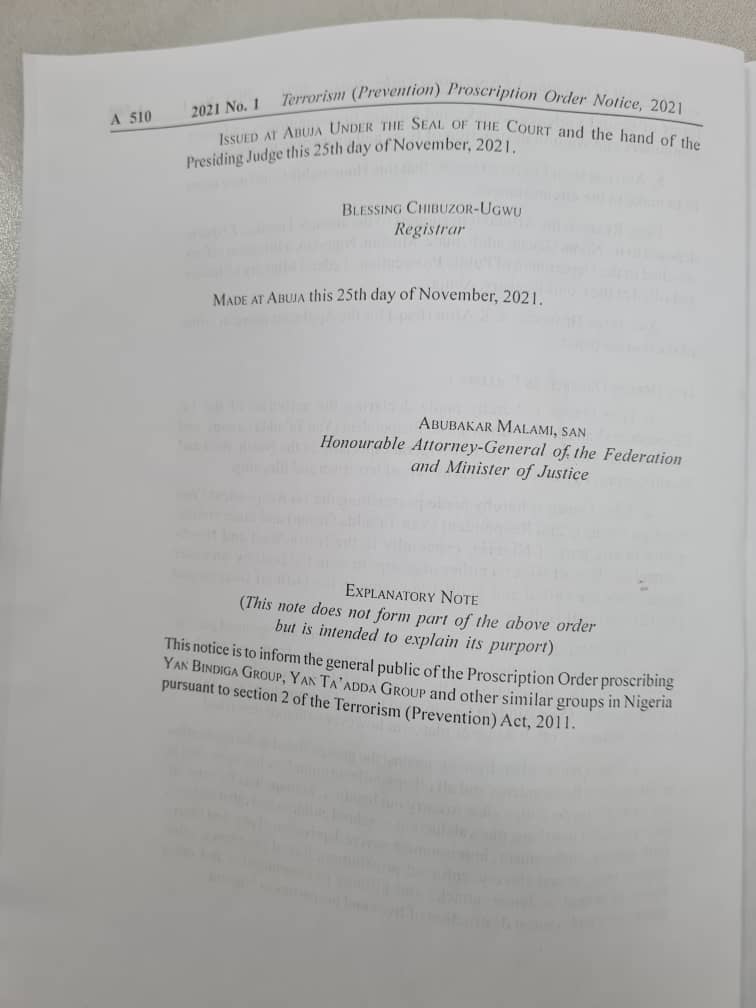 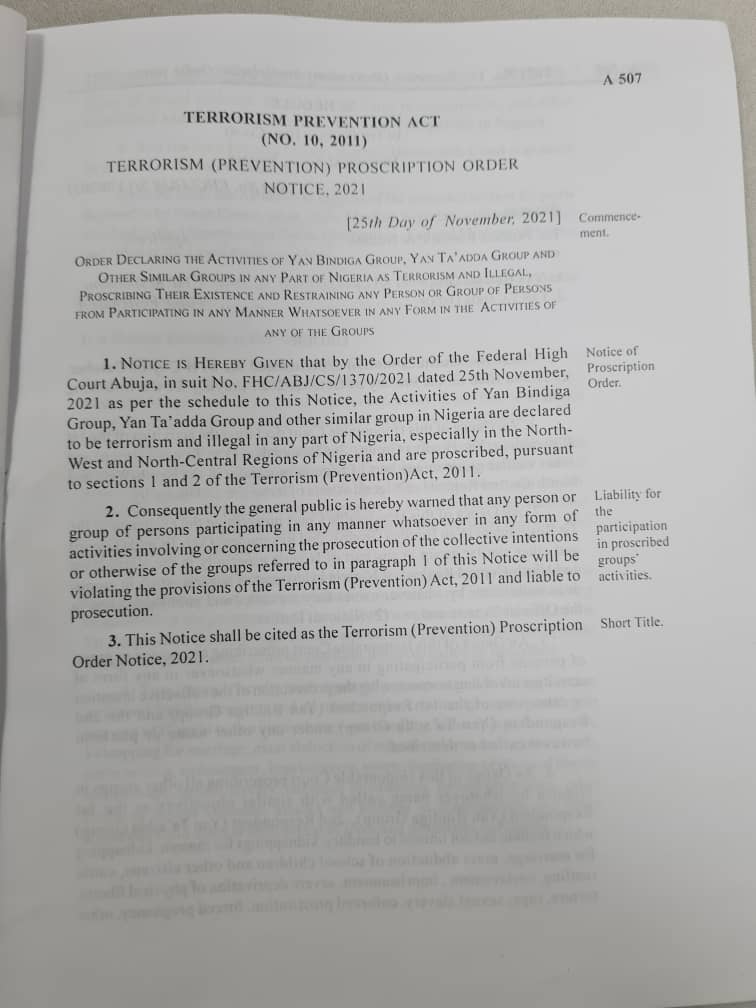