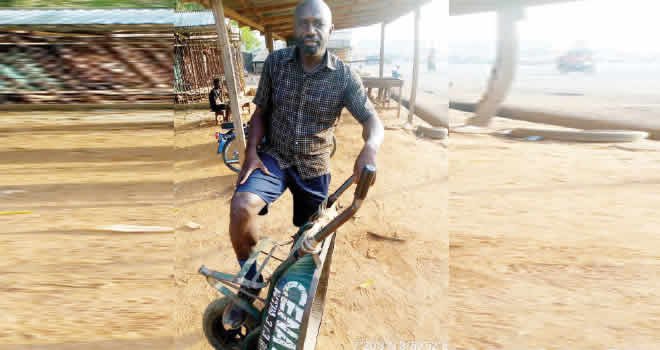 Forty-four-year-old Terhemen Anongo, who dropped out of the University of Ibadan as a 500-level medical student, says he has castrated his second testicle.

Speaking on why he removed his testicle, he had said, “You know how the issue of sexual urge torments one when you don’t have a wife, coupled with your religious beliefs. I am someone deeply involved in religion and I read about Origen Adamantius, one of the early church leaders from Egypt, who paid to be castrated so that he would not be bothered by sexual urge.

“It was in an attempt to do the same thing that I removed my right testicle but there was a heavy flow of blood, so I abandoned it (castration) and rushed to hospital.”

Speaking with PUNCH on Sunday, Anongo said he decided to remove the second testicle because of his religious beliefs.

He said, “Yes, I went to remove the second testicle based on religious belief. But I told this man (his friend) not to tell you (the reporter) because I don’t want to disturb you and don’t want it in public domain, still he (the friend) told you.”

When asked the day he removed the testicle, he said, “I removed it on Monday. The first one had little hitches but this one, having learnt from that experience, I did (remove) it very well. Somebody is always coming to dress it for me.

“I’m fine; there is no problem; I’m only waiting for when the wound will be healed so I can remove the stitches.”

Infidelity: Ghanaian man loses testicle while fighting over his wife