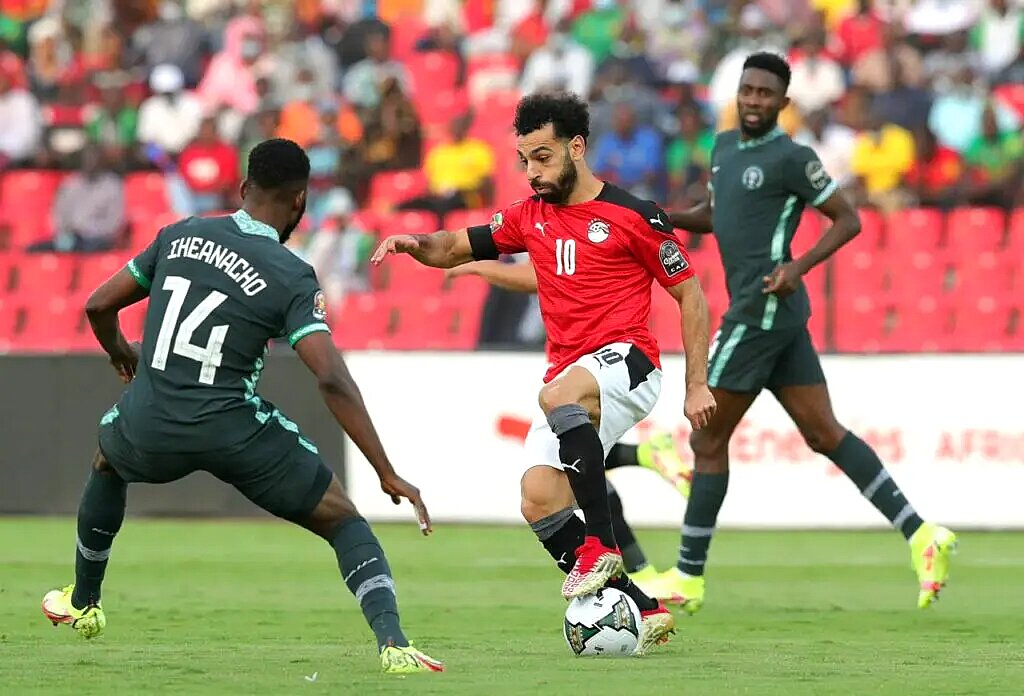 Super Eagles coach, Austin Eguavoen has revealed the tactics his team deployed to caged Egyptian star, Mohamed Salah and his teammates on Tuesday.

Eguavoen listed – playing to instruction, high pressing and not undermining the opponent as the tactics the Super Eagles deployed to defeat seven times winners, Egypt in their opening Group D game of the ongoing Africa Cup of Nations.

As expected, it was a keenly contested game between two teams seen as favourites for the title Egypt last won in 2010 and Nigeria 2013. Both teams have ten titles between them.

Following the 1-0 victory secured by Kelechi Iheanacho’s 30th minute strike, Eguaveon said his team will continue fighting the same way they did against Egypt as no team in the competition is a pushover.

“The tactics we deployed were high pressing, coming back to defend as a unit and then not undermining the opponent.” Eguaveon said in a post match analysis.

The plan worked perfectly as Liverpool’s talisman Mohamed Salah was non-existent in the game, save for an effort that Maduka Okoye’s outstretched leg comfortably dealt with.

2022 WCQ: Samson Siasia faults Austin Eguavoen over the list of…

On his approach to his side’s next game, the gaffer said he intends to take it game after game and that every team at this year’s AFCON should be respected and taken seriously irrespective of the country’s name.

“There are no minors in football anymore, so if you don’t plan well and put in effort, you can be shocked. I don’t know who will win but we will try our possible best to approach our games with all seriousness”. He concluded

Nigeria’s next game is against Sudan on Saturday.