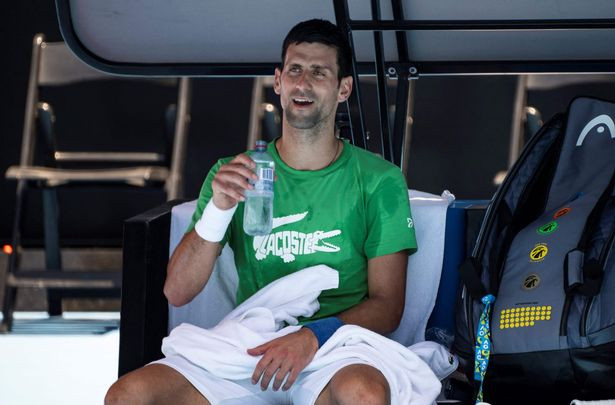 Australian government has canceled the visa of embattled World Tennis number one, Novak Djokovic for the second time as he faces another lengthy legal battle.

The decision comes after several remarkable days of uncertainty over his participation in the event, all caused by his refusal to get vaccinated against Covid-19.

Djokovic had intended to play in the tournament and defend his title after entering Australia using a medical exemption.

That medical exemption stemmed around a positive Covid-19 test on December 16, which would have allowed him to bypass the country’s strict restrictions.

His exemption request had been approved by the Victoria state government and Tennis Australia, which seemed to give him legal permission to travel to Australia.

But upon his arrival, Australian Border Force rejected the exemption and canceled his visa. He spent four nights in hotel detention before a judge overturned the decision on Monday morning.

But a new twist occured as he incorrectly stated he hadn’t travelled anywhere else 14 days prior to travelling to his arrival in Australia. But that turned out to be false after it emerged he had been in Spain just days earlier.

Transfer: I didn’t leave Bayern Munich for Barcelona because of…

The government has now rescinded his visa and told him to leave the country immediately.

The decision was said to be in the “public interest”, according to Immigration Minister Alex Hawke on Friday, January 14.

Just days before the Australian Open begins, Hawke confirmed he had cancelled the Serbian’s visa, effectively handing him a deportation notice.

Djokovic faces losing his Australian title and being banned from Australia for three years, a move which could effectively end his chances of winning the tournament again. His only chance of competing is if he wins another legal battle with the government just before the competition starts.

In a statement, Hawke said;

“Today I exercised my power under section 133C (3) of the Migration Act to cancel the visa held by Mr Novak Djokovic on health and good order grounds, on the basis that it was in the public interest to do so.

“This decision followed orders by the Federal Circuit and Family Court on 10 January 2022, quashing a prior cancellation decision on procedural fairness grounds.

“In making this decision, I carefully considered information provided to me by the Department of Home Affairs, the Australian Border Force and Mr Djokovic.

“The Morrison Government is firmly committed to protecting Australia’s borders, particularly in relation to the Covid-19 pandemic.

“I thank the officers of the Department of Home Affairs and the Australian Border Force who work every day to serve Australia’s interests in increasingly challenging operational environments.”

In that statement, posted to his Instagram page, he appeared to blame his agent for incorrectly stating he hadn’t travelled anywhere else prior to his arrival in Australia. Djokovic wrote;

“On the issue of my travel declaration, this was submitted by my support team on my behalf – as I told immigration officials on my arrival – and my agent sincerely apologises for the administrative mistake in ticking the incorrect box about my previous travel before coming to Australia.

“This was a human error and certainly not deliberate. We are living in challenging times in a global pandemic and sometimes these mistakes can occur.

“Today, my team has provided additional information to the Australian Government to clarify this matter.”