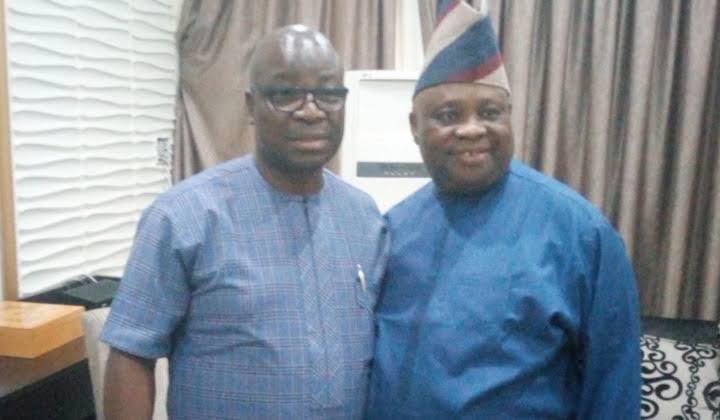 Ogunbiyi was the second runner up after Adeleke defeated him to clinch the party ticket in the 2018 governorship election.

A statement by Dr Ogunbiyi through his Head of Strategy Kunle Omolere, on Sunday, explained: “Our attention has been drawn to a false claim linking Dr Akin Ogunbiyi with a non-existing deal with Senator Ademola Adeleke.

“To set the record straight, the issues of Deputy Governor and SSG alongside other positions were part of the agreements brokered by Senator Olusola Saraki to resolve Osun PDP post-primary crisis of 2018. This is the same Abuja accord that was defied by Senator Ademola Adeleke group.

“Bringing up the long-forgotten issues to the public again and re-presenting the same with serious lies and distortion is below the belt and deplorable.

“The same unschooled people behind the false claims sponsored three petitions against Dr Akin Ogunbiyi at the just concluded PDP governorship screening and went haywire peddling lies about his PhD title recently but ours is not to lament but to glorify God for great things He has done and will continue to do.

“Furthermore, it is imperative to add that the unprovoked attack on Ogunbiyi cannot and will not diminish his credibility and the great people of Osun are sophisticated and know the difference between gold and rubber.

“We affirm that there is no negotiation between the Dr Akin Ogunbiyi campaign organisation or sharing of positions with Senator Ademola Adeleke group.

“It is a sheer ineptitude to claim that the Ogunbiyi group told Adeleke that they will destroy a party upon whose platform the business tycoon hopes to contest the governorship election.

“We call for an end to this awful guessing and completely align with the idea of uniting the party but have no intention to strike any deal with individuals who perpetually lie to stay relevant and do not share our philosophy of good governance and merit-based leadership.”