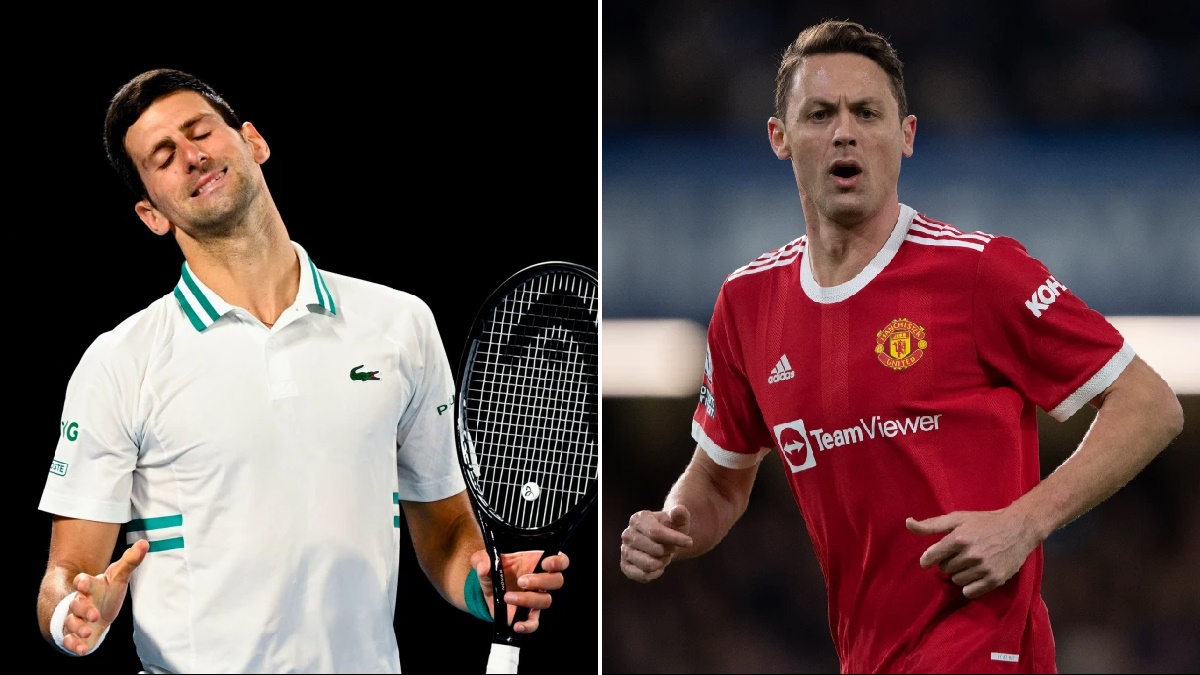 After Novak Djokovic was deported from Australia, Manchester United midfielder, Nemanja Matic has slammed the Australian authorities for the way the treated the tennis star.

Recall that on Sunday night, Djokovic was sent out of Australia after 11 days of legal battle ended with the full bench of the Federal Court siding with Minister Hawke’s decision to cancel his visa.

Matic described the authorities’ treatment of his Serbian compatriot as ‘shameful’ and sent his support to the 20-time Grand Slam winner.

Matic took to social media to say: ‘Your glory and their shame will last forever’. His comment was accompanied by a photo of Djokovic winning the Australian Open. 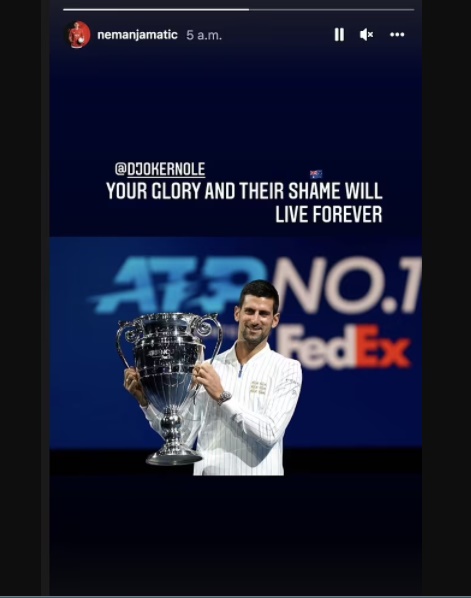 This is not the first time Matic has publicly supported Djokovic. He previously defended the tennis star after he was criticised for hosting the controversial Adria Tour in 2020.

‘For 10 days they were tormenting – dare to say even torturing because it was not only intellectual, but physical torture – against Novak Djokovic,’ he said.

‘And there was something else which was even worse, that was a witch hunt organised against Djokovic – a guy, just not to forget it, who won nine times the Australian Open title and that was totally unnecessary.’

Mr Vucic said Australian athletes would be treated better when they arrived in Serbia for an athletics event in March and ‘and we won’t mistreat them due to elections.’

The president also said he had given Djokovic his full support and told him he ‘could not wait’ for the tennis star to return to Serbia where he was always welcome.

Meanwhile, Djokovic released a statement saying he was ‘extremely disappointed in the court’s ruling’ – after losing his last ditch attempt to stay and compete Down Under.

‘I am extremely disappointed with the Court ruling to dismiss my application for judicial review of the Minister’s decision to cancel my visa, which means I cannot stay in Australia and participate in the Australian Open,’ his statement read.

‘I respect the Court’s ruling and I will cooperate with the relevant authorities in relation to my departure from the country.

‘I am uncomfortable that the focus of the past weeks has been on me and I hope that we can all now focus on the game and tournament I love.’

‘Finally, I would like to thank my family, friends, team, supporters, fans and my fellow Serbians for your continued support,’ the player concluded.

‘You have all been a great source of strength to me.’