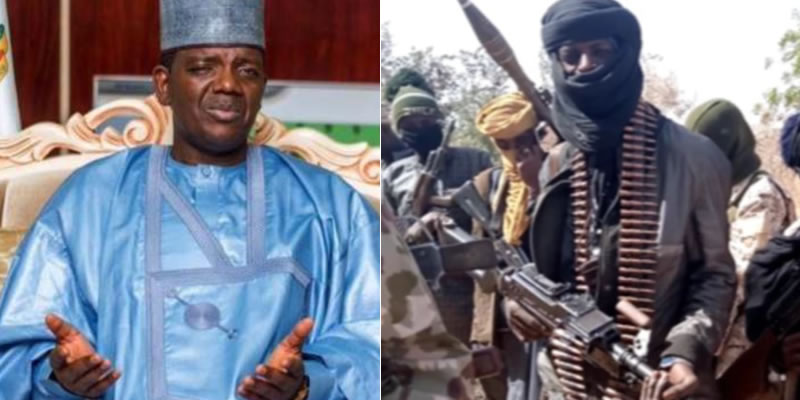 Governor of Zamfara governor, Bello Matawalle has disclosed that there is no end in sight for banditry in his state.

This was stated on Monday by Matawalle after meeting with President Muhammadu Buhari at the presidential villa, Abuja.

He said the president has assured him that the federal government will strengthen security activities that will bring about changes in Zamfara.

“So you see with the kind of people we have in Zamfara state, I don’t think this issue of banditry will end very soon because, already, some people are behind it. Some people are using it,” he said.

“And all they need is at least to show Nigerians that both the federal and Zamfara state governments are not serious on the issue of insecurity, despite the fact that some of them are involved in the crisis of this insecurity. But we’re doing our best.

“So, I briefed Mr. President on what happened and the next action that we should take and the government is doing everything possible to make sure that we bring sanity in the state.

“And I assure  people that we have all it takes to fight  these people and he has motivated me and when we go back on Wednesday, the people will see changes between now and Wednesday because I know what we discussed and I know what is going to happen within this period.”

Speaking on the recent killings in Zamfara communities, the governor said the death toll is 58, and not 200.

Matawalle said he visited the scenes of the attacks and got first-hand information from the emirs.

“I have already cleared the air about the figures because I have seen some reports that 200 people, 300 people, 500 people were killed. But I went to the community by myself with the security agencies,” he said.

“First, we went to Bungudu and we confirmed from the emir that it was only 36 people that had been killed and two communities were razed by these bandits.

“When we went to Anka, we met the emir and he gave us a list of 22 people that had been killed, making the total number of 58 people killed.

The governor assured that the state will soon fish out those suspected to be collaborating with terrorists.