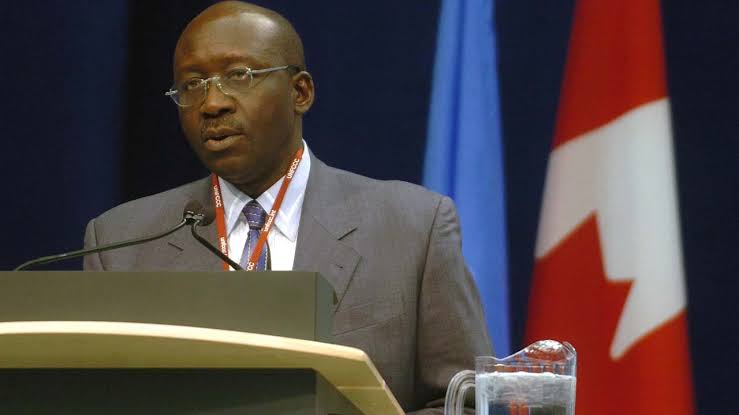 He said the current alleged inept rule of the All Progressive Congress (APC) at the Federal Government had pulled the country backwards economically and deserved to be changed.

Ayu spoke at a gala night hosted by the Rivers Governor Nyesom Wike for PDP Governors at the Banquet Hall of Government House, Port Harcourt on Sunday night.

Ayu said the APC leadership had been unable to harness the rich diversity of Nigerians into better fortunes that should strengthen the bond of brotherhood and promote peaceful coexistence.

He said: “Unfortunately, a very poor leadership has presented Nigeria at home and abroad as an extremely divided country.

Ayu said that the country would bounce back with the PDP at the saddle, describing the party’s project to replace Buhari as realisable.

He said: “The PDP will definitely produce the next president and take the country back to the days when we were in power, when we cleared all foreign debts, when we were developing this country at reasonable speed; when we became the richest country on the African continent. But today we are the poverty capital of the world. All that will change.”

Also in attendance were the Deputy Governors of Rivers and Zamfara, Dr Ipalibo Harry-Banigo and Mahdi Aliyu Mohammed Gusau; PDP national secretary, Senator Sam Anyanwu and many other dignitaries.