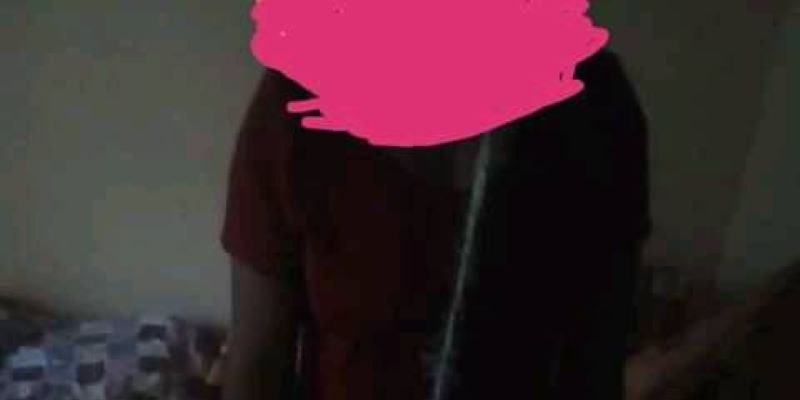 The suicide note left behind by 26-year-old mother of two, who hanged herself after poisoning her daughters aged 2 and 5 over her husband’s infidelity in Katitika village in Gituamba, Muranga County, Kenya, has been revealed.

WITHIN NIGERIA had reported that the woman after she poisoned her daughters and hanged herself left behind a suicide note in which she accused her husband who is a Kenya Defense Forces officer, of having extramarital affairs.

Area assistant county commissioner Fidelis Katiku has confirmed that the woman is believed to have poisoned the two on Saturday night.

She was reportedly seen sweeping her compound early Sunday morning, causing speculation that she hanged herself later in the morning.

A suicide note which was left behind partly reads: “My dear thank you for what you have done for me but what I can tell you is bye bye bye… I take care of your parents but you don’t have to appreciate it but thanks.”

The note adds: “Continue with life, find another one to bring in your house but remember no one will leave in peace… I wish you all the best in your life.” 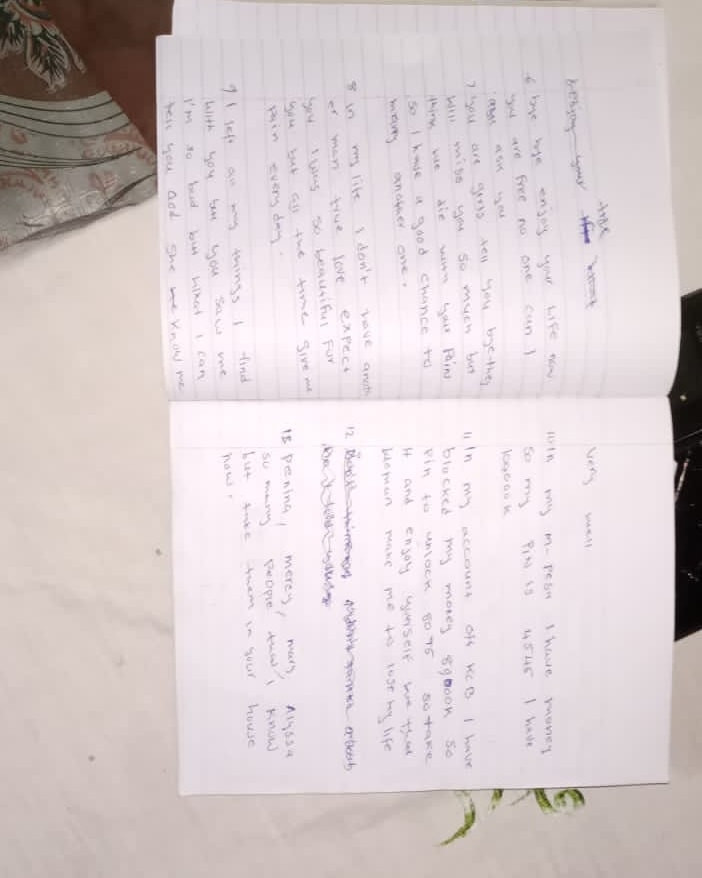 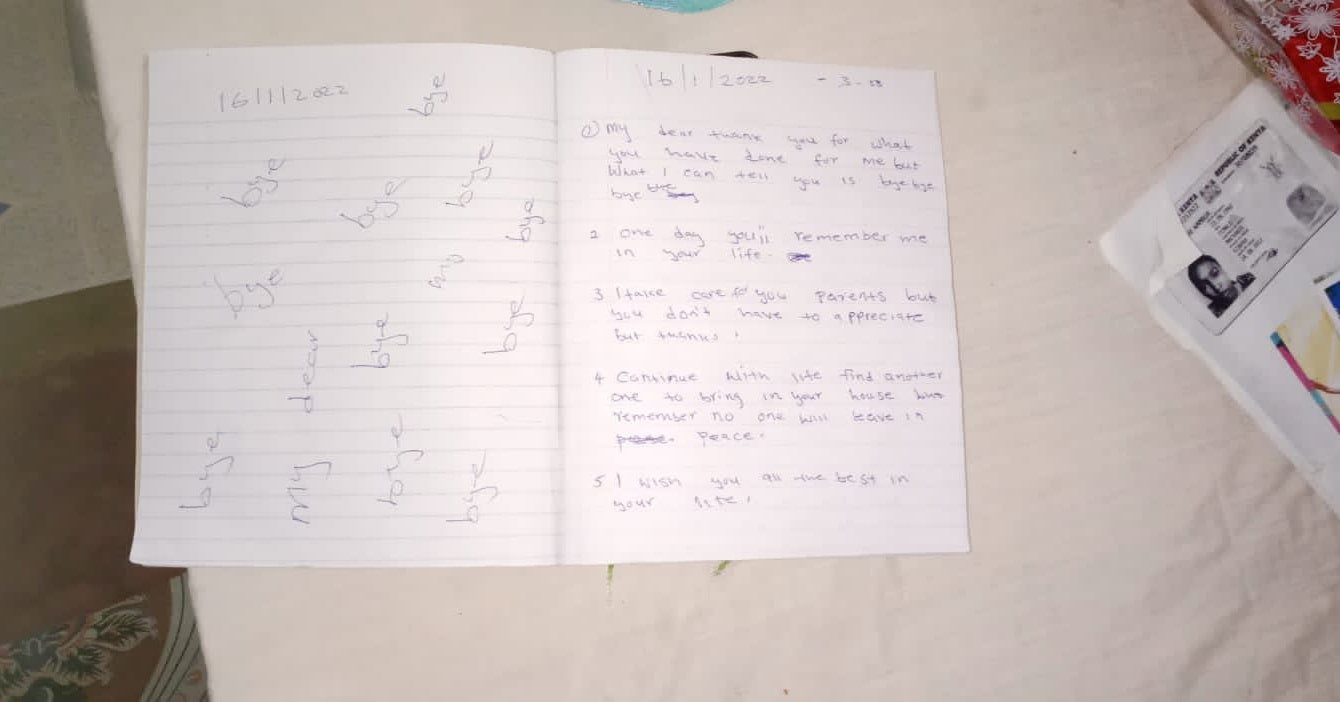