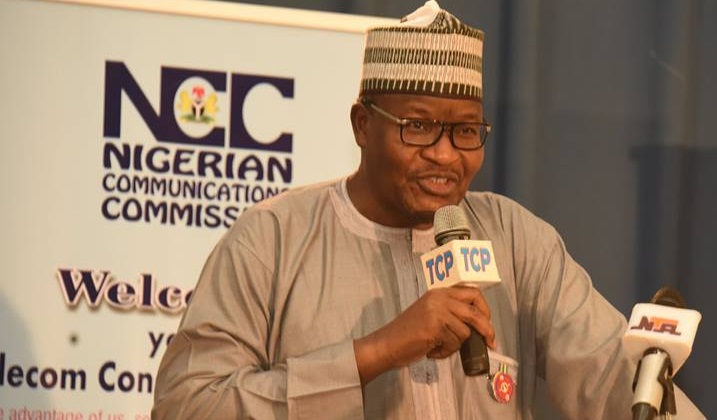 Executive Vice-Chairman and chief executive officer (CEO) of the Nigerian Communications Commission (NCC), Umar Danbatta has promised the public of measures to ensure the safe operation of 5G in the country.

While congratulating the two companies, Danbatta said the country was ready to commit to technological developments.

“It is my pleasure to announce that at the end of the auction, Mafab Communications Limited and MTN Communications Nigeria Limited emerged as provisional licence winners,” he had said.

Danbatta’s reassurance is coming amid the raging controversy of the effect of 5G services on aviation safety in some parts of the world.

Global concerns over the compatibility of 5G operation with aviation services heightened on Monday when the chief executives of major US passenger and cargo carriers warned of an impending “catastrophic” aviation crisis in less than 36 hours when AT&T and Verizon deploy new 5G service.

The airlines warned the new C-Band 5G service set to begin today could render a significant number of widebody aircraft unusable, “could potentially strand tens of thousands of Americans overseas” and cause “chaos” for US flights.

“With the proposed restrictions at selected airports, the transportation industry is preparing for some service disruption. We are optimistic that we can work across industries and with the government to finalize solutions that safely mitigate as many schedule impacts as possible,” plane maker Boeing said on Monday.

“To be blunt, the nation’s commerce will grind to a halt,” the letter reads.

AT&T and Verizon, which won nearly the entire C-Band spectrum in an $80 billion auction last year, on January 3, agreed to buffer zones around 50 airports to reduce interference risks and take other steps to cut potential interference for six months. They also agreed to delay deployment for two weeks until Wednesday, temporarily averting an aviation safety standoff after previously delaying service by 30 days.

But Airlines for America, the group that wrote the letter, had not believed that was enough.

Speaking to QUICKREAD, Danbatta said, “Electromagnetic Interference (EMI) to other services that may arise from the rollout of 5G services is a source of concern to the global telecommunications community, including Nigeria.

“We are (the NCC) studying the situation closely and would put measures in place, consistent with global best practice, to ensure Electromagnetic Compatibility (EMC) of 5G services with other services.”

There is precedence elsewhere in Europe, where following years of international discussions, the European Union in 2019 set standards for mid-range 5G frequencies in the 3.4-3.8 GHz range.

They have been auctioned and taken into use in many of the bloc’s 27 member states so far without issue.

“At this stage, no risk of unsafe interference has been identified in Europe,” it said.

On Tuesday AT&T and Verizon Communications agreed to temporarily defer turning on some wireless towers near key airports to avert significant disruption to US flights as they roll out 5G service.

President Joe Biden hailed the agreement, saying it “will avoid potentially devastating disruptions to passenger travel, cargo operations, and our economic recovery while allowing more than 90% of wireless tower deployment to occur as scheduled.”

But airlines and the Federal Aviation Administration warned that new restrictions as a result of 5G service, which Verizon and AT&T are to launch on Wednesday, would still prompt some flight disruptions. Delta Air Lines said while the wireless moves were a positive development, “some flight restrictions may remain.”