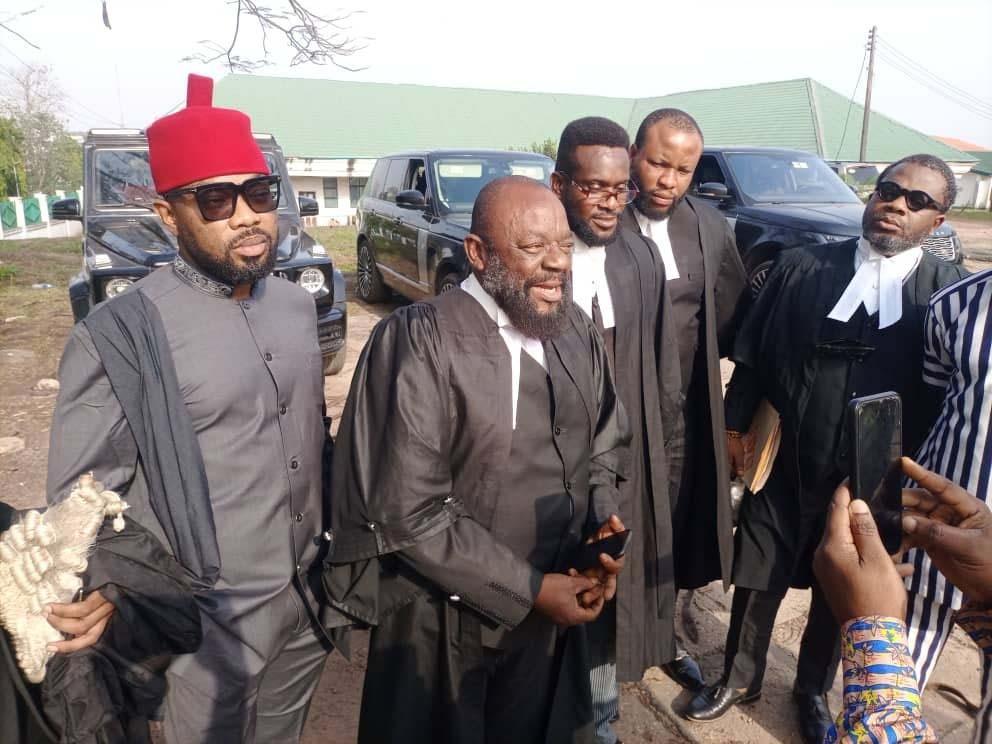 Ahead of the judgment of the leader of the Indigenous People of Biafra (IPOB), Nnamdi Kanu’s fundamental human rights suit, heavy presence of security operatives around the premises of the Abia State High Court, has been  detected.

The roads that leads to the venue of the court complex located on Ikot Ekpene Road in Umuahia, the state capital, were cordoned off by security operatives.

The barricade has forced motorists and pedestrians to take alternative routes.

Newsmen learnt that the security operatives asked journalists and staff of the court to produce their identity cards before gaining access into the court premises.

During the last hearing, the presiding judge, Justice Benson Anya, had ordered security operatives to stop interfering with those coming to the court during Kanu’s suit.

The fundamental human rights suit was filed before the court by his special counsel, Aloy Ejimakor.

Ejimakor prayed the court to declare the invasion of the residence of the IPOB leader in Abia State in 2017 as unlawful and an infringement of his constitutional right.

He prayed the court to declare Kanu’s rearrest and torture in Kenya last year as unlawful.

The suit, which Ejimakor filed in August, further sought the court to stop the Nigerian government from prosecuting Kanu, mandating it to release the IPOB leader and tender an apology to Kanu, among others.

However, Ejimakor and his defence team have been sighted at the court premises.

Also on ground is the Counsel to the Chief of Army Staff, Amos Tory, among other defendant lawyers who were sighted at the courtroom.