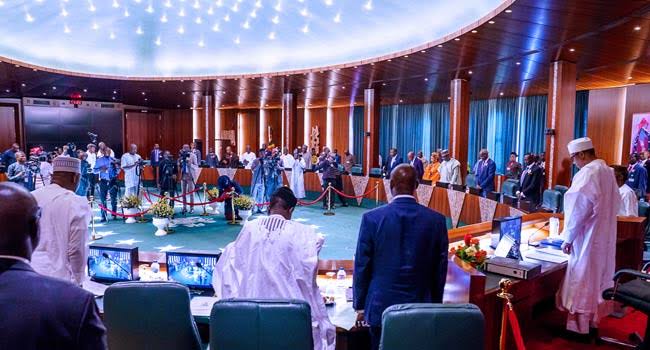 The Federal Executive Council, on Wednesday, approved contract awards for various projects in the Federal Capital Territory, flood control in the six geo-political zones as well as for the Ministry of Transportation with a combined worth of about N75.78bn.

The Minister of Information and Culture, Lai Mohammed, alongside his FCT and Transportation counterparts, Mohammed Bello and Rotimi Amaechi, respectively, disclosed this to State House Correspondents after the Council meeting presided over by Vice President Yemi Osinbajo at the presidential villa, Abuja.

Of all three, the FCT claimed the largest share of the contracts approved for award with its projects costing a total of about N56.23 bn.

According to the FCT minister, Bello, the approvals are for the construction of Kuje 105 highway, access road and car park for Abuja light rail station.

He explained, “Council approved two contracts for the FCT including for the Full Scope Development of Federal Capital Territory Highway 105, Kuje Road, from Airport Expressway to Kuje Junction Stage 1, Abuja at the cost of N54,946,009,160.04.

“It was awarded to Messrs Arab Contractors O. A. O Nigeria Limited with a completion period 48 months. The second contract award is for the construction of Access Road and Car Park for Abuja Light Rail Stations – Gbazango Station of the Federal Capital City, Abuja – Lot 7 at the cost of N1,291,568,845.33.

“It was awarded in favour of Messrs CBC Global Civil and Building Construction Nigeria Limited with a completion period of 8 months.”

Train attack: Bandits’ use of captives as shields making…

Bello also affirmed that efforts are underway to complete the longstanding Apo-Karshi road whose implementation he said had been unnecessarily delayed because of lack of funding and design error.

He explained that “Apo-Karshi road is a road that should have been completed some time ago. It has faced a lot of challenges, some of which include funding, design error, and a few other issues.

“I do know that just before I took my (Covid) break, a team from the relevant departments interfaced with them and they were very clear. I will try as much as possible to get this project over with at the level of my office by making sure that funding is adequately provided.”

On his part, the Minister of Information, Mohammed, enumerated the 14 projects approved for the award under the Ecological Fund spanning the six geo-political zones.

He explained that two memos were presented on behalf of the President, Major General Muhammadu Buhari (retd.), including the one that sought approval for the award of contracts for the 2022 emergency procurement of first and second quarters accelerated soil erosion, flood and pollution control intervention projects.

The 14 ecological project contracts were approved for award at the total cost of about N15.1bn.