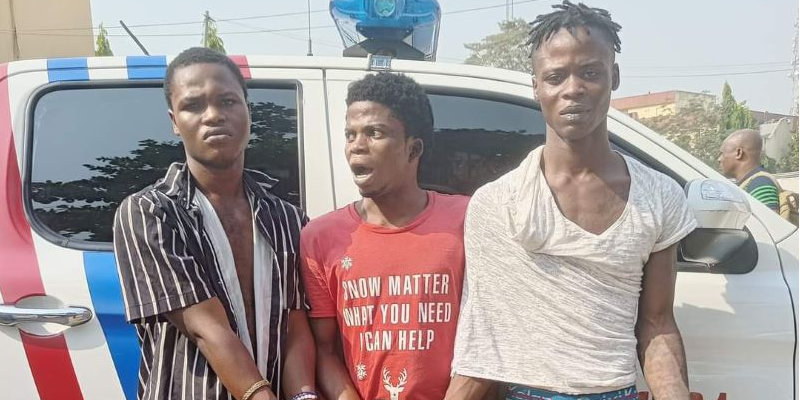 Three traffic robbers have been arrested by the Rapid Response Squad for dispossessing a pedestrian, Yusuph Ahmed, of a hundred thousand naira, three mobile phones and a wristwatch all estimated at over N600,000 in Agege area of Lagos State.

Commander of Rapid Response Squad, CSP Olayinka Egbeyemi, who made this known said the suspected robbers, Ridwan Imran (20), Lukman Abiodun (18) and Abdulahi Isa (18), carried out the operation on Tuesday night, January 19 around 9pm after smashing the victim’s head with a bottle.

According to the statement; “The suspects harassed and chased him to Agege Stadium, smashed a bottled on his head, pushed him inside the drainage and dispossessed him of a hundred thousand naira, three mobile phones and a wristwatch all estimated at over N600,000.

“The Commander, Rapid Response Squad, CSP Olayinka Egbeyemi, who intercepted a distress call from the area about traffic robbery, directed the Decoy Team to the scene where three of the principal suspects were chased and arrested while others escaped.

“Preliminary investigations by the team resulted in the recovery of one of the victim’s three mobile phones from where it was hidden.” 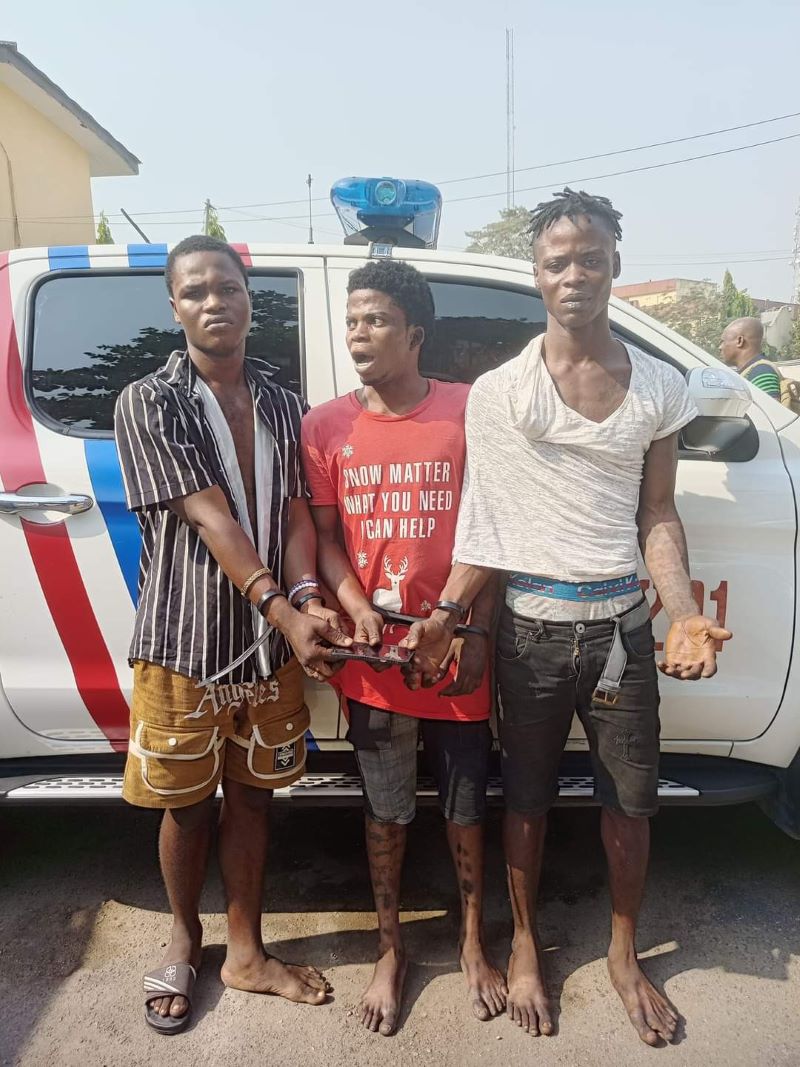 Recounting his ordeal, the victim said; “I was summoned by one of my customers, who had given me N100,000:00 to refurbish a Sienna car. I got to Isheri – Berger Garage where they (pointing to Ridwan Imran and Lukman Abiodun) ordered me to give them money for food.

“I pleaded with them that I had no money on me. Within a twinkle of an eye, they mobilized their colleagues, apparently lurking around.

“They were about six in number. I had to flee. They chased me from Isheri – Berger Garage to Agege stadium. They beat me ceaselessly and broke a bottle on my head.

“I was lucky, their leaders were arrested right there by RRS men. It was as if God answered my prayers. I had given up hope of surviving it”

Egbeyemi assured the victim that all the suspects involved in the robbery would be brought to book.