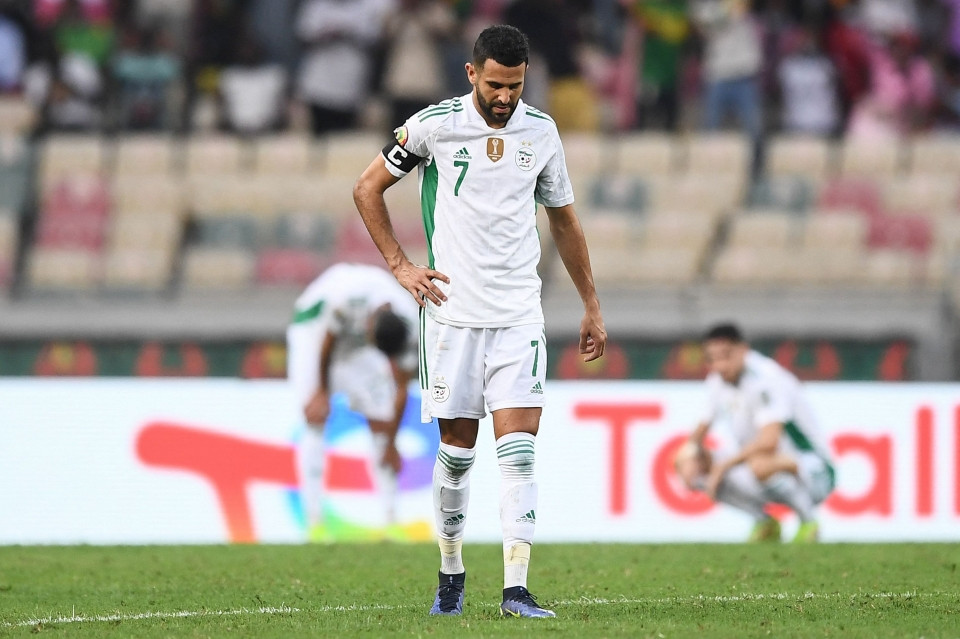 Defending champions, Algeria have crashed out of the ongoing African Cup of Nations (AFCON), in Cameroon after losing 3-1 to Ivory Coast in their last group match on Thursday evening.

Algeria failed to qualify to the next round of the tournament after securing just one point in their two previous games against Sierra Leone.

Franck Kessie and Ibrahim Sangare scored in the first half for the Elephants in Douala, while Pepe added another goal after the break as the Ivory Coast secured top spot in Group E.

Riyad Mahrez failed to convert a second-half penalty before Sofiane Bendebka pulled one back for Algeria, their first goal since arriving in Cameroon, but it was too late to change the score line.