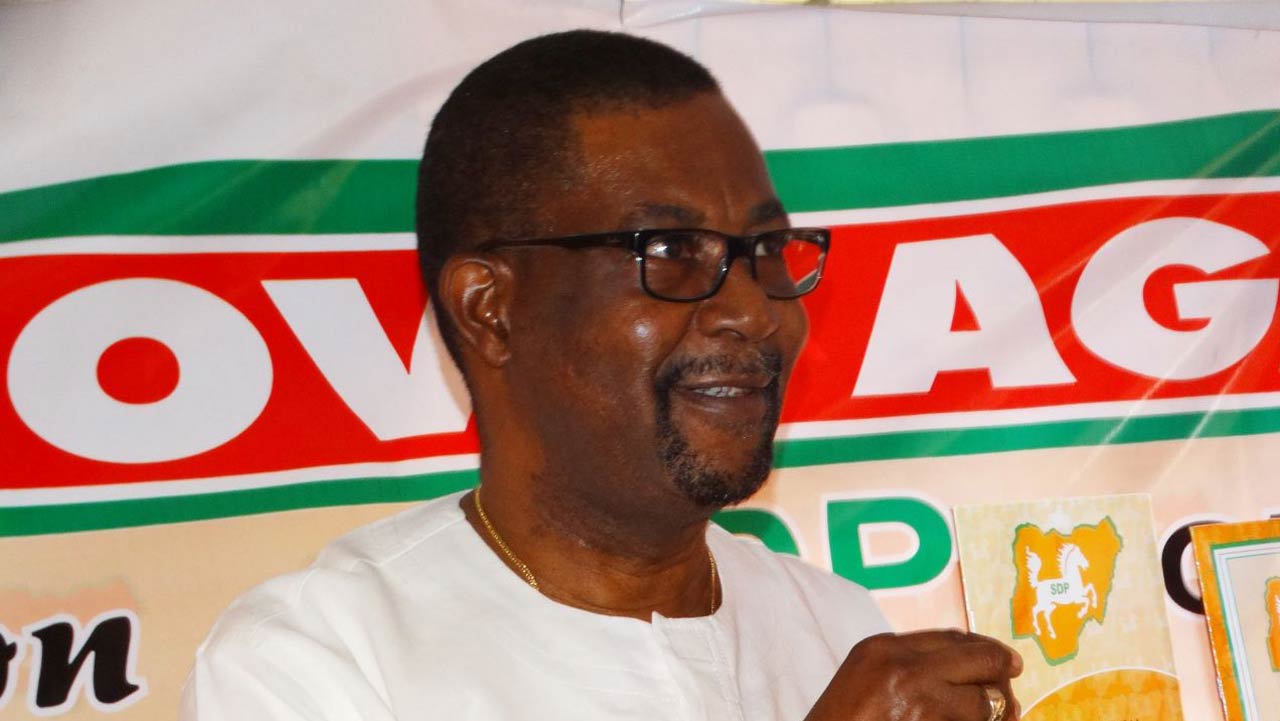 The national executive committee of the Social Democratic Party (SDP) has suspended the party’s national chairman, Olu Ogunloye over allegations of misconduct.

The national secretary of the party, Shehu Gabam was also suspended for the same reason.

This was contained in a communique issued on Saturday by the opposition party.

According to the party, its deputy chairman, Adul Isaq, will act as the interim chairman while Simon Adesina will act as the national secretary, pending the outcome of its convention.

“The NEC observed the wanton disregard to the provisions of the SDP constitution especially Article 12.5 (iv) 12.2.2 (viii) and Article 9.4 to suspend some officers from the party,” the communique signed by Abdul reads.

“The NEC considered the various abuses of the constitution by the following under-listed officers and there agreed by majority to suspend Shehu Gabam and Dr Olu Ogunloye.

“The NEC noted the urgency to put in place all that is required for a befitting party convention and therefore resolves; that the national convention of the Social Democratic Party is fixed for April 27 to 29 with arrival being Wednesday April 27, 2022.”

The party annulled the suspension of some of its officers at the state level as well and voided the appointment of national working committee members which includes Okechukwu Ogbonna, national youth leader, and Rufus Aiyegba, national publicity secretary.