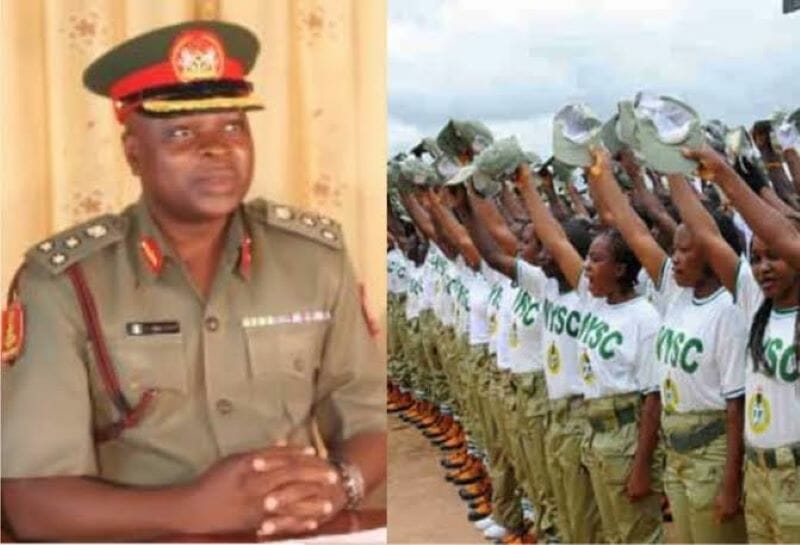 Major General Shuaibu Ibrahim, the Director-General of National Youth Service Corp, has appealed to the Federal Government to approve the establishment of the NYSC Trust Fund for the benefit of corps members.

The Bill on the proposed Trust Fund has passed the second reading at the House of Representatives, Abuja.

The DG, according to a statement issued by the NYSC Deputy Director (Press and Public Relations), Emeka Mgbemena, stated these in Abuja on Sunday while on a Live programme, ‘Journalists’ Hangout’ on TVC.

He said the Trust Fund, if actualized, would help to reinvigorate the NYSC Skill Acquisition and Entrepreneurship Development programme.

Ibrahim said it would also empower more corps members with start-up capitals for their business initiatives at the end of their service year, which in turn would lift millions of Nigerians out of poverty, given the fact that the businesses to be established will employ millions of Nigerians, thereby taking them off the labour market.

Ibrahim said the Fund would address the infrastructural deficit in the Scheme, such as the upgrade of facilities at the NYSC Orientation Camps; training and retraining of personnel, among others.

He appealed to the Federal Government to modify the school curriculum and introduce entrepreneurship training whereby students would have been exposed to vocational studies before their deployment for National Service.

The Director-General assured that the NYSC would continue to utilize the potentials of corps members for national development through its ventures like; the NYSC Bakery, NYSC Water Factory, NYSC Farms, NYSC Film, NYSC Radio, among others.

He commended members of the House of Representatives for allowing the bill to pass the second reading, adding that corps members have been involved in several national assignments with commendation from members of the public.