Minority leader of the house of representatives, Ndidi Elumelu has called on voters not to view the Peoples Democratic Party (PDP) in the same light as the All Progressives Comgress (APC).

Ahead of the 2023 elections, Elumelu said the main opposition party does not make promises it cannot deliver.

This was stated on Saturday by Elumelu while giving an address at the PDP rally held in Asaba, Delta state.

He said the APC administration has plunged the country back into foreign debts, undoing the work of the PDP.

“We are not like APC that make promises that they will not fulfill. The APC promised one naira to one dollar, but today a dollar is more than N500,” he said.

“PDP cleared our national debt but today the APC is busy accumulating debts for Nigerians.”

Elumelu added that the APC does not serve the interest of the people and therefore encouraged Nigerians to support PDP in 2023 to “rescue the nation”. 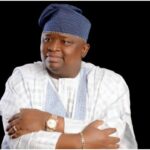