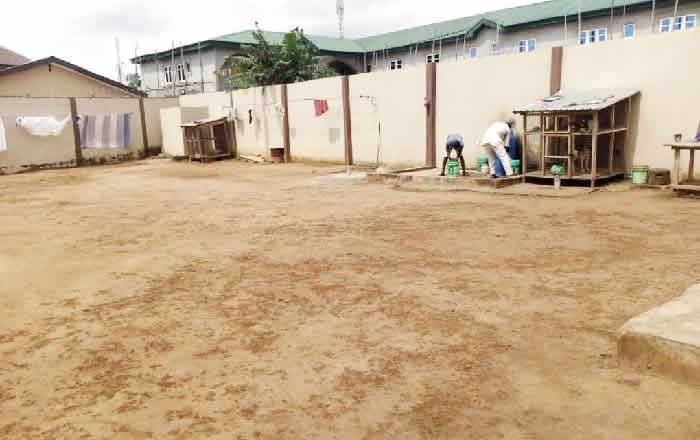 Tunde Folorunsho, a lecturer at the University of Lagos, has accused a landlord, Alhaji Rasheed Adetokunbo, of defrauding him of N6m in the Ipaja, Alimosho area of Lagos State.

Folorunsho was reported to have given N6 million to Adetokunbo for a plot of land on Adetokunbo Street in Baruwa-Cardoso, Ipaja.

Despite receiving cash and signing a document of assignment providing Folorunsho ownership of the land, the landowner reportedly refused the 41-year-old access to the property.

According to PUNCH Metro, Folorunsho wanted to purchase the land, he sought the assistance of two agents, who introduced him to Adetokunbo.

He noted that the agents, including his lawyer, were involved in the deliberation and payment to Adetokunbo.

Folorunsho said, “Around February 2021, through the help of Baba Olanrewaju Yaya and Samson Ajibade, I met Alhaji Rasheed Adetokunbo, who built his house on two plots of land and said he wanted to sell part of the land for N6m.

“We agreed on the price and I paid N5m into his company’s account, Butos Ventures Limited. I paid the N1m balance when I took the deed to him, but he said he wanted one of his sons to witness the signing, so I demanded a receipt, which he gave me.

“He later signed the deed. However, when I wanted to commence work on the land, he told me to wait because one of his sons was about to wed.”

The lecturer said Adetokunbo printed an invitation card to the wedding and prevailed on him to wait, adding that he waited because he thought the suspect wanted to use the land for the wedding celebration in April 2021.

“The wedding did not hold and I called him to take possession of the land, but he said I should wait till Eid-El-Kebir. After much pleading, I agreed. After Eid-El-Kabir, Adetokunbo called again to say that his children were fighting him for selling the land.

“He said I should wait till October, but I refused and my lawyer petitioned him and later told him to write an undertaking and give a date for me to take possession of the land. Adetokunbo said on or before December 31, 2021.

“We were waiting for the date when Yaya informed me that the Zone 2 Police Command summoned us for questioning. We visited the command on January 12, 2022, met Adetokunbo, whose lawyer, among other claims, said in a petition that I brought armed men to invade the land,” he added.

Folorunsho, who decried the use of the police for intimidation, said all he wanted was to take possession of the land.

“When my lawyer told him that he would charge the matter to court, he said it was a waste of time because judgment would be delayed,” he added.

Newsmen obtained copies of the landlord’s deed of assignment, receipt, and other documents delivered to Folorunsho.

When contacted, Adetokunbo confirmed that the lecturer bought land from him and that he signed the deed of assignment.

When asked why he has refused to grant him access to the land since February 2021, he stated, “There is a little problem in the family regarding the land and I have told him to exercise patience so everything can be done accordingly.”

SP Hauwa Idris, a spokeswoman for the Zone 2 Police Command, said an inquiry was underway.