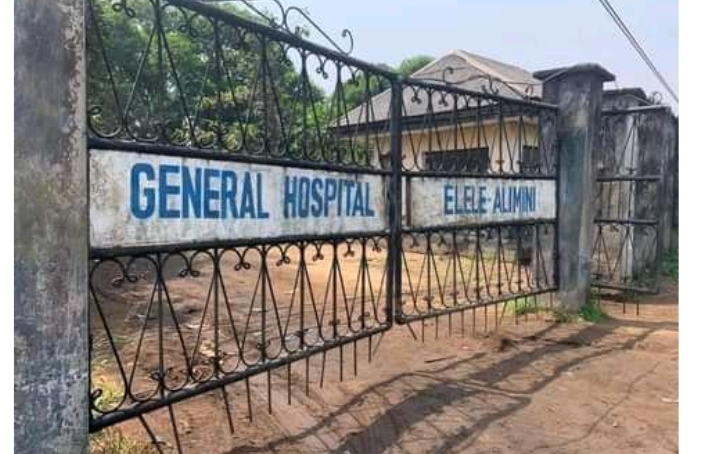 Not less than thirty rotten bodies have been discovered in an abandoned government hospital in Elele-Alimini community,  Emohua LGA of Rivers State.

The rotten bodies were said to be those of some kidnapped victims and were dumped there by kidnappers.

Chairman of the council, Dr Chidi Lloyd made the shocking discovery.

He also discovered that a part of the hospital is being used for storage of illegally refined petroleum products by illegal artisanal refiners.

Llyod had stormed the abandoned and disused hospital along old Ahoada road in Elele-Alimini community based on tip-off that many criminal activities were going on in the facility.

He came in company of a combined team of security personnel and the local government Taskforce on illegal artisanal refining.

The Council chairman was told that kidnapped victims who died through torture, hunger and gun wounds in the custody of their abductors are usually deposited inside of the abandoned Elele-Alimini general hospital.

Bride-to-be kidnapped a day to her wedding in Kaduna

Dr Lloyd wondered why the leaders of Elele-Alimini community allowed such atrocious business in their community.

Some of the suspected syndicates apprehended at the illegal mortuary at Elele-Alimini hospital.

He stressed that such evil activities could not have been going on without the involvement of the key stakeholders, traditional rulers and elders in the community.

Irked by the number of already decaying corpses deposited inside a particular building in the hospital, the council chairman ordered the security personnel to search the entire hospital, during which the syndicate and illegal occupant of the hospital were apprehended in their hideout.

Lylod ordered the arrest of some illegal oil refiners caught during the operation.

The council chairman and his team also effected the arrest of two drivers who were caught transporting illegally refined petroleum products at Rumuekpe junction along the East-West road. 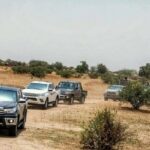