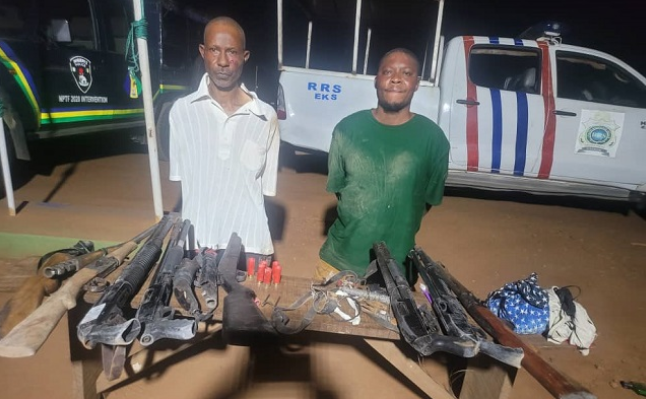 The police command in Ekiti State has confirmed the arrest of two suspected political thugs allegedly to disrupt the governorship primaries of the ruling All Progressives Congress (APC) on Thursday.

This came barely twenty-four hours after about 105 thugs were nabbed by military men at Itawure-Ekiti, Efon Local Government Area on their way to the state allegedly for the Wednesday’s governorship primary of the People’s Democratic Party (PDP)

The police public relations officer, ASP Sunday Abutu in a statement on Thursday said the thugs were arrested on Wednesday evening in a Toyota Hiace bus in Ijero-Ekiti, Ijero Local Government Area of the state.

He explained that the operatives of the command suspects the movement of the bus loaded with twelve men and mobilised to the scene where he said they abandoned the vehicle and escaped into the bus.

Abutu said: “The Police operatives advanced toward the suspected men and on sighting the Police, they abandoned their Bus and fled into a nearby bush. The operatives, however, gave them a hot chase and arrested two of them.

The abandoned Toyota Hiace Bus was subsequently searched and items recovered were, Four(4) single barrel guns, One(1) cut to size locally made pistol, Seven(7) cartridges, Substance suspected to be charms.

“The arrested suspected thugs have been transferred to the State Headquarters for further investigation.” 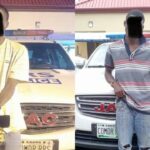