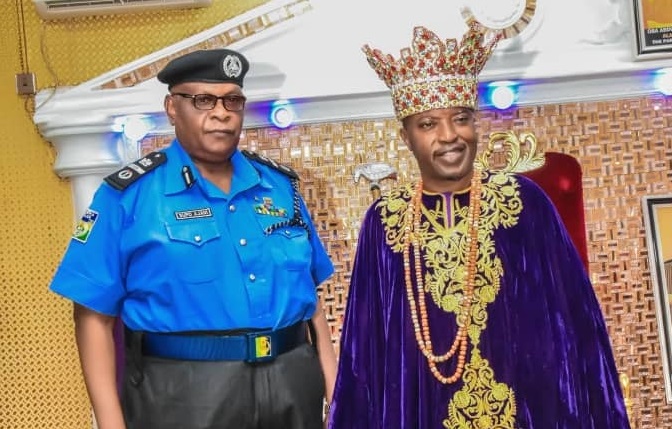 Oba Abdulrosheed Adewale Akanbi, the Oluwo of Iwoland, has asked Nigerians to stop blaming corrupt police officers should the Federal Government fail to address the issue of minimum wage and salary increase.

Oba Akanbi also asked the Federal Government to raise the minimum wage for Nigeria Police personnel to N100,000, saying that if this is done, residents will be able to fight bribe-taking police officers with bravery.

The Oluwo stated this on Wednesday in Ibadan, Oyo State, during a one-day town hall meeting hosted by the Police Service Commission (PSC).

While adding that police was the envy of many modern nations, the traditional ruler accused the Federal Government with encouraging Nigerians to join the force through more financing.

The monarch, while commending the Muhammadu Buhari administration for lifting the embargo on police recruitment, called for a review of police salary structure and pointed out that since the salary of police officers is discouraging, not many Nigerians are endeared to such a delicate but poorly remunerated job.

“The police should be well funded. The Nigerian government is enjoined to promote the Nigerian Police Force through adequate funding and recruitment of more personnel.

“The low remuneration coupled with indiscriminate attacks on police officers is discouraging. Nigerians should stop blaming corrupt police officers if the government refuses to increase their salary.”

Arsenal under pressure to include release clause in Saka’s new…