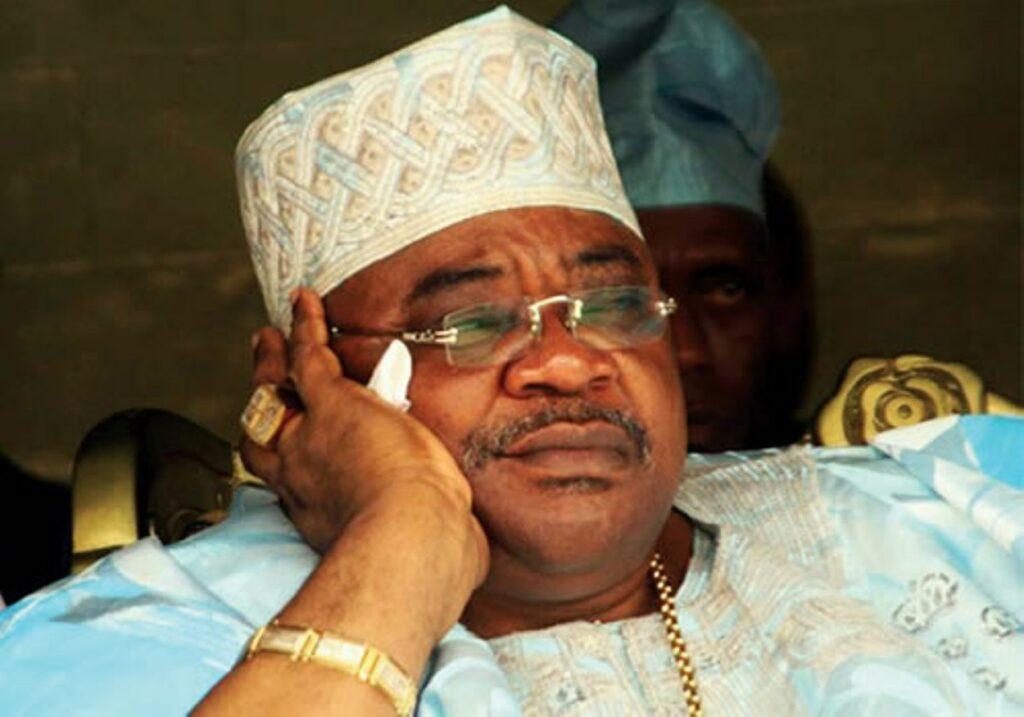 The burial date for former governor of Oyo State, Otunba Adebayo Alao-Akala, has been announced.

The remains of the ex governor who died at the age of 71, will be buried on Friday February 18, 2022 in Ibadan.

The death of Alao-Akala was announced in the early hours of January 12, 2022 .

Burial activities will commence on February 14, 2022 with a day of tributes by the Oyo State political class.

This will be followed by a praise night at his residence in Ogbomosho while a day after his lying-in-state at the Oyo State Government House will take place.

A cultural display and parade will be held in his honour at his residence in Ogbomosho to be followed by a Christian wake in the evening of the same day.

Meanwhile, the funeral service holds on Friday, February, 18, 2022 at Beulah Baptist Conference ground, Ogbomosho, after which his body will be interred at his residence in. the town.