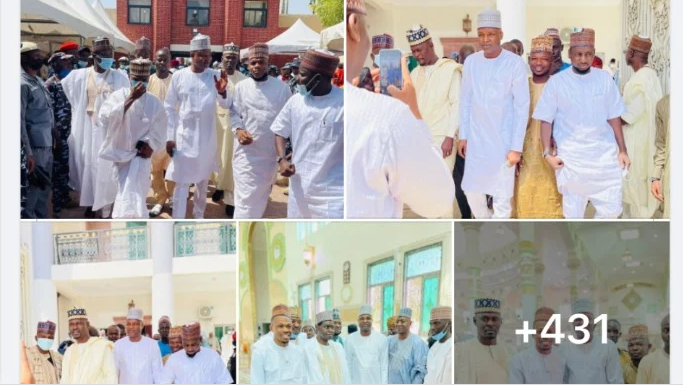 DCP Abba Kyari, the suspended former Head of the Intelligence Response Team, attended the wedding of Maina, the son of the Inspector-General of Police, Usman Baba, on Saturday.

Kyari had not been seen in public functions or activities since the outrage that greeted his Facebook post on August 4, 2021 amid his controversial involvement with alleged internet fraudster Hushpuppi.

He eventually deleted the post and disappeared from the Blueville and also from Instagram where he had over 80,000 followers. His last post on the platform was on July 26, 2021.

However, after the well-attended event on Saturday, Kyari, who is also from Borno State and had been off social media for months, took to his verified Facebook page with over 450,000 followers to splash over 400 photos he took at the wedding. 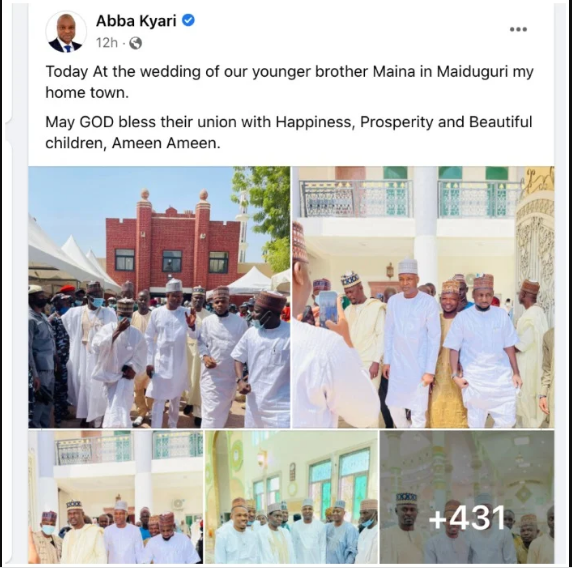 The Federal Bureau of Investigation Special Agent, Andrew Innocenti, had alleged that Ramon Abbas aka Hushpuppi contracted the services of Kyari after a “co-conspirator,” Chibuzo Vincent allegedly threatened to expose the alleged $1.1m fraud committed against a Qatari businessman.

Innocenti, who said he ransacked the voice calls and WhatsApp conversations between Kyari and Hushpuppi, had also alleged that the latter paid the police officer N8m or $20,600 for the arrest and detention of Vincent.

Kyari had taken to Facebook on July 29, 2021, to chronicle his denial against the allegations but he later deleted the post after editing for about 12 times.

Aghast, many Nigerians had called for stern sanctions against Kyari for his alleged complicity with a self-confessed fraudster like Hushpuppi.

The IGP had on August 2, 2021, constituted the Special Investigation Panel headed by the Deputy Inspector-General of Police in charge of the Force Criminal Investigations Department, Joseph Egbunike, to probe the allegations.

Egbunike on August 26, 2021 submitted the panel’s report, which he said “is an outcome of a painstaking, transparent and exhaustive investigative process.”

He revealed that the report contained the case file of the probe, evidence and findings as well as testimonies from Kyari and other persons and groups linked to the matter.

The Minister of Police Affairs, Maigari Dingyadi, had on September 14, 2021, during a television interview said the findings and recommendations on Kyari had been submitted to the Attorney-General of the Federation, Abubakar Malami (SAN), for “legal opinion” and thereafter for presentation to the President, Major General Muhammadu Buhari (retd.), adding that the final decision would be taken by the PSC.

But months later, the PSC spokesman, Ikechukwu Ani, told our correspondent that the commission had not received any disciplinary recommendations from the IG through the Force Disciplinary Committee almost six months after the Egbunike panel submitted its report to the police boss.

The recommendations of the FDC will inform the commission’s decision and also determine Kyari’s future in the force, but the matter is now inconclusive.

Meanwhile, the United States Attorney’s Office at the Central District of California said Hushpuppi would be sentenced on February 14, 2022, on Valentine’s Day. Hushpuppi risks “20 years’ imprisonment; a 3-year period of supervised release; a fine of $500,000 or twice the gross gain or gross loss resulting from the offence” if convicted.