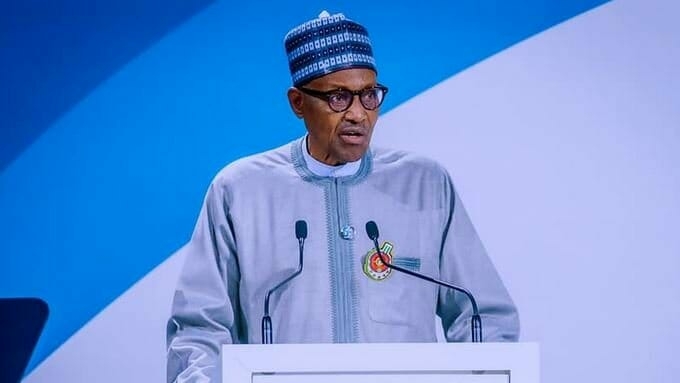 As President Muhammadu Buhari prepares to enter the final lap of his presidency, which ends on May 29, 2023, he told a gathering of business leaders, civil society organizations, and the media that he is looking forward to the end of his tenure.

Buhari, who took over from ex-President Goodluck Jonathan’s administration in 2015, has stated that he would like to leave office after consolidating his achievements thus far.

Some of the areas he said he would like to leave a legacy is bequeathing a strong repositioned agriculture-led, diversified home-grown economy, with a stable democracy and revamped armed and security forces.

He said by handing over the reins of power to his successor in 2023, he would have enabled democracy to thrive uninterrupted for 24 years.

Buhari said all these on Monday, at a dinner in honour of the 2022 Committee of Business, Political, Media and Civil Society Leaders, which held at the Presidential Villa, Abuja.

According to the President, despite inheriting enormous problems upon assumption of office, almost seven years down the line, he could look back with satisfaction that this administration has kept faith with the people.

He gave himself thumbs up, saying his administration has done well even amid dwindling resources for reasons that are well beyond their control.

Buhari also said he was eager to leave a legacy for a united, peaceful, and prosperous Nigeria with 24 years of uninterrupted democracy.

”I am gradually entering my final year in office. It is a period I intend to spend not only on consolidating on the achievements of the past seven years but also to leave a legacy for a united, peaceful, and prosperous Nigeria.

”I take this initiative to mean that you all intend to collaborate with this administration in that direction.

”For those among you who are politicians, you must look beyond gaining power to how you can leverage public positions in the process of societal change. To the businessmen and women among you, there is great glory in public service.

”The question that should be uppermost always is: How do we leverage our business endowment for the greater good of our country?