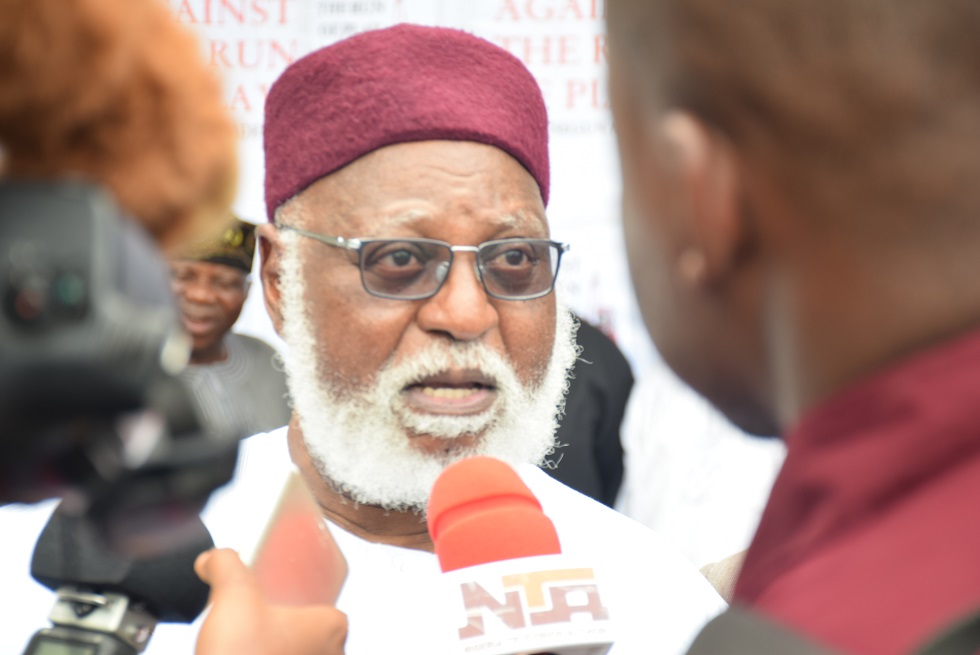 Abdulsalami Abubakar cries over ‘war in Nigeria’, issues warning ahead of 2023

Former Head of State General Abdulsalami Abubakar has stated that Nigeria is at war and going through difficult times.

Abubakar bemoaned the fact that this “war without morality” had extended to all corners of the country, with individuals slaughtering themselves at the least provocation.

This was revealed by the former military commander at the 30th convocation of the Federal University of Technology (FUT) Minna, the capital of Niger State, on Wednesday.

“We are facing a hard time, security-wise. The war front is everywhere. This is a war without any morality, where the old and the young are slaughtered without any cause,” he said.

Abubakar pointed out that the country’s security forces are overstretched, calling on all Nigerians to join hands in making sure that information is provided to them where possible.

Speaking further, he said, “As we go into politics, caution Nigerians and politicians. Please, wisely play the game. Avoid using our children and grandchildren for propaganda and …trying to make them do what we know is wrong.

“And for the youths, please, avoid being used as thugs and purveyors of disharmony and violence in the country.”