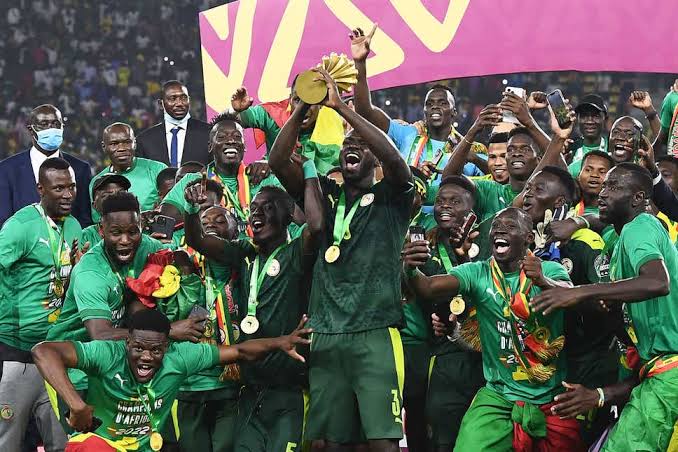 Former Nigeria internationals Augustine Eguavoen and Sunday Oliseh have congratulated Senegal on the country’s success at the 2021 Africa Cup of Nations in Cameroon.

The Terangha Lions claimed their first AFCON title after a pulsating 4-2 penalty shoot out win against the Pharaohs of Egypt.

The two teams battled to a 0-0 draw after 120 minutes of entertaining contest.

Eguavoen, who managed the Super Eagles at the competition took to the social media to celebrate Aliou Cisse’s side.

Oliseh also a former Super Eagles coach hailed the Senegalese for their success in the competition.

“Sadio Mané leads “superb” Senegal to win arguably, the most qualitative AFCON in the past 20 years in terms of Tactics, passion, and surprises.
African football has come of age !! I am excited…”