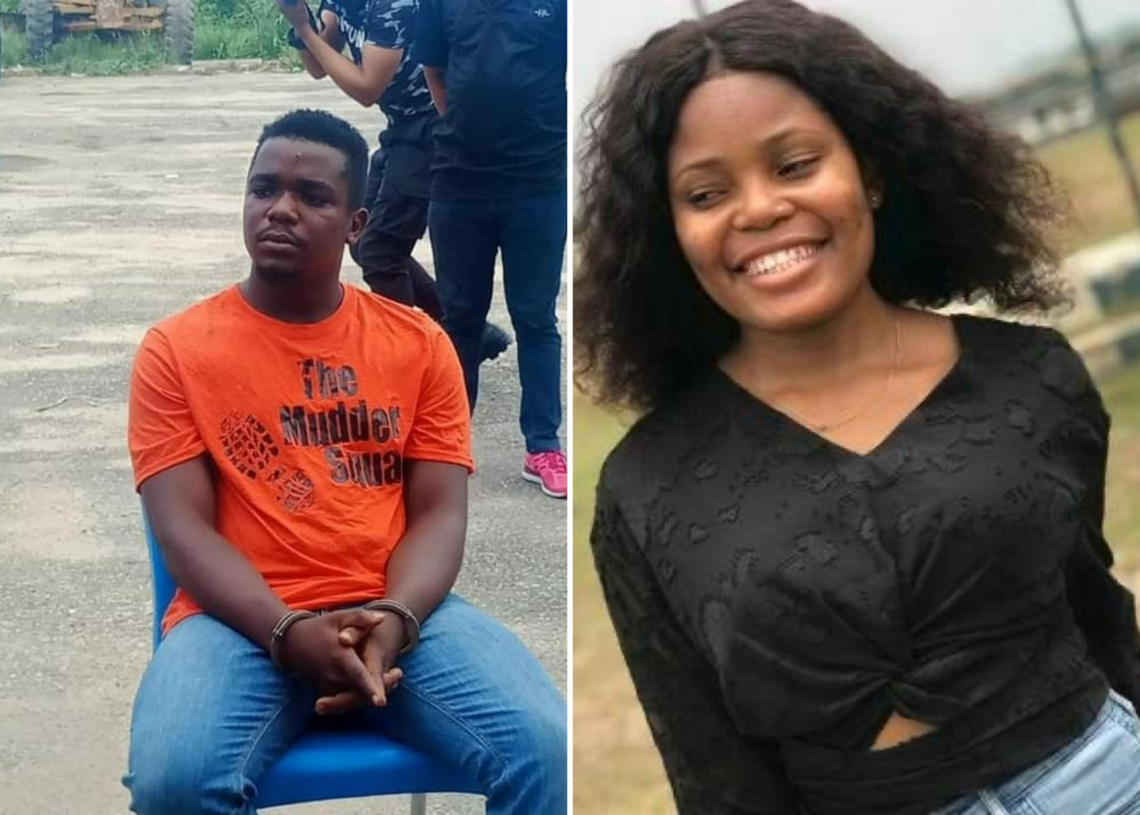 A staff of the Department of Security Services, DSS, Akwa Ibom state command, Ama Okeke has given evidence before state High court sitting in Uyo in the trial of Uduak-Abasi Akpan, his father Mr. Frank Akpan, and sister Anwan Bassey Akpan over the alleged rape and murder of Iniubong Umoren.

Okeke said Uduak-Abasi confessed to have strangled Umoren to death with her jeans trousers after which he buried her in a shallow grave.

The DSS officer who appeared in court on Wednesday February 9, 2022, as the 10th Prosecution Witness (PW10) said the first, second and third accused persons made their statements voluntarily on June 3, 2021, June 11, 2021, and September 23rd, 2021 respectively

“My Lord, the first accused person (Uduak-Abasi Akpan) told our investigation team that Iniubong Umoren refused to have sex with him and struggled with him. He also told us that while the deceased was struggling with him that he observed that she sent a voice note to someone but he didn’t know who She sent the voice note to.

“The first accused person also said the deceased repeatedly asked if he wanted to kill her, and that he had told her only if She would allow him have sex with her. He also told us that even when he overpowered the deceased, She told him that she will allow him only if he used condom.

“The first accused person also told the investigation team that in the process of having sex with the deceased, he removed the condom and the deceased started struggling with him again. He said while he was still on top of the deceased, she carried an iron and hit him on the forehead.

“He said that in order not for the deceased to shout, he Uduak-Abasi now collected a black cloth and stuffed into her mouth and tied her mouth. He said he then used a standby stabilizer and hit her on the abdomen. From that point, the first accused said the deceased started bleeding profusely. He told us that he became afraid as if she had already died.

“The first accused also said he used the Jeans trouser of the deceased to strangle her completely. The first accused told us that he now stepped out of the house and went to the compound, found a space and dug a 3feet grave and then went back to where the body of the deceased was, dragged the body with her Jeans trouser tied on her neck to the grave.

“He further told the investigating team that he wrapped her (deceased) body with a blanket and with her mouth still tied, and the Jeans on her neck and buried her in the grave. He further told us that the incident happened between 13:00hours to 20:00hours on the 29th of April, 2021,” he said.