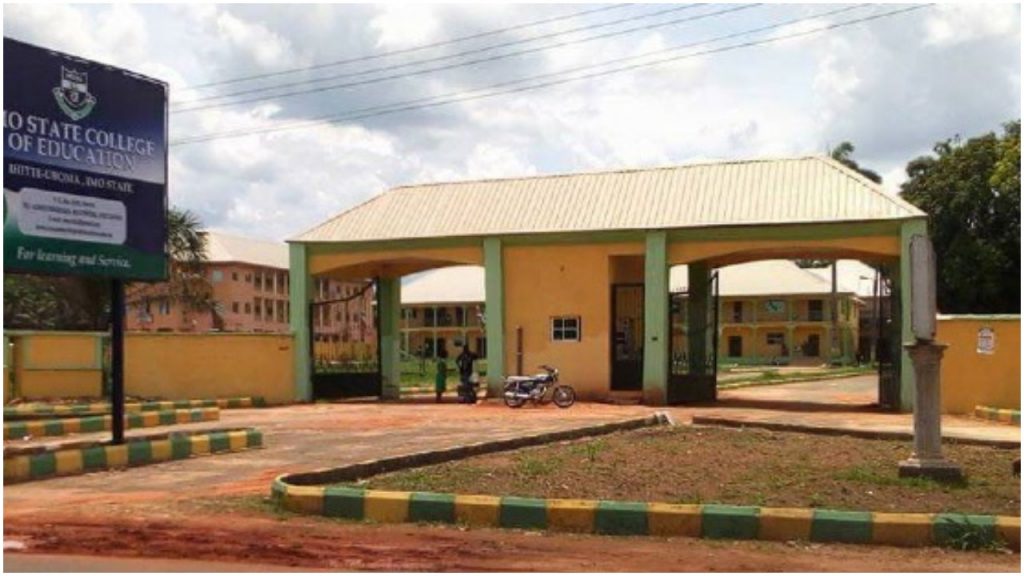 Staff of the Imo State College of Education, Ihitte Uboma Local Government Area of Imo State, have staged a peaceful protest, demanding the removal of the College Provost, Boniface Ashiegbu.

The protesters, who displayed placards with various inscriptions, stormed the state secretariat office of the Imo State Commissioner for Education, in Owerri, to register their grievances.

Speaking with journalists, the Public Relations Officer (PRO) of the College Kingsley Anyiam, who led the protest, said their demand for the removal of Ashiegbu was informed by his lack of requisite qualifications to be the provost.

They also accused Ashiegbu of gross abuse of office and some administrative infractions.

According to him, “One of the reasons the school has not been accredited since inception, having churned out graduates, who left the school without authentic certificates, is because he lacks requisite qualifications to be the provost.

“Apart from the fact that Ashiegbu is not qualified, he has been running the school down by the way he manages funds that come into the school, keeping most to himself without distributing to various departmental heads.”

When contacted, the College Provost, Asiegbu said all the allegations against him by the protesters were complete fallacy.

He said that he graduated from the University of Port Harcourt with Ph.D, in 2012. He also said that there is light and water in the students’ hostel.