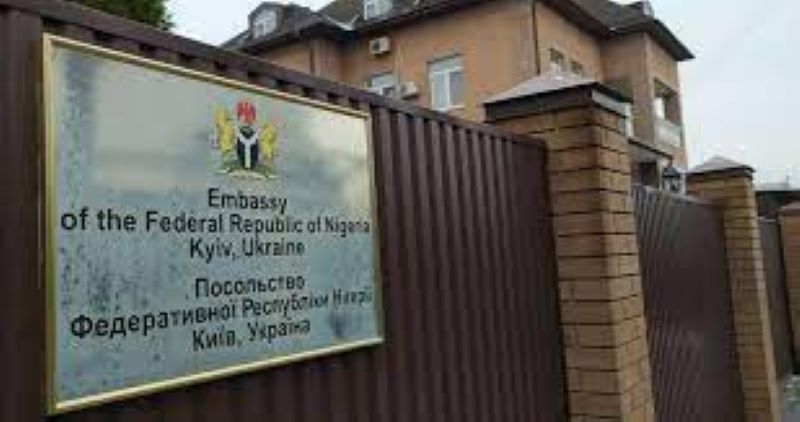 Nigerian citizens residing in Ukraine have been asked to remain calm and take responsibility for their personal security and safety.

The Nigerian Embassy in Ukraine gave the warning in a statement released today February 24 following the invasion of the East European country by Russian military operation.

WITHIN NIGERIA had reported that Russian President Vladimir Putin announced a military operation in Ukraine with explosions heard soon after across the country and its foreign minister warning a “full-scale invasion” was underway.

The statement reads; “The Embassy urges Nigerian nationals resident in Ukraine to remain calm but be very vigilant and be responsible for their personal security and safety.

“The Embassy wishes to add that should any of Nigerian nationals considers the situation as emotionally disturbing, such nationals may wish to temporary relocate to anywhere considered safe by private arrangements. They should, however, ensure that they do all the needful to validate all their resident documents for ease of return to the country when desired.

“In addition, in case of students seeking such temporary relocation, they are enjoined to seek proper clearance and guarantee from their respective institutions, authorities/agents on the way forward in respect to their studies during this period and/or thereafter.

“For those who still consider it appropriate to remain in the country, be assured that the embassy remains open for its consular duties and responsibilities at all times. It will always avail you of updates when necessary.” 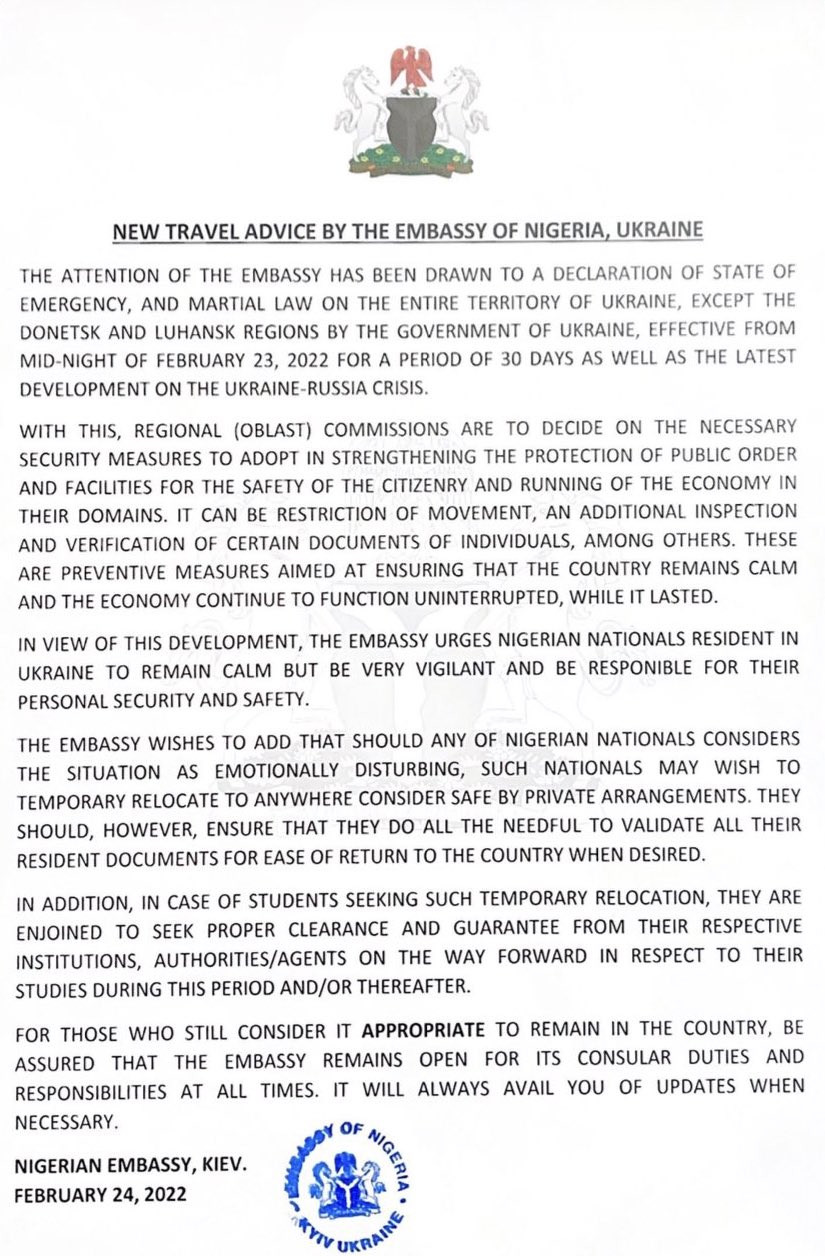