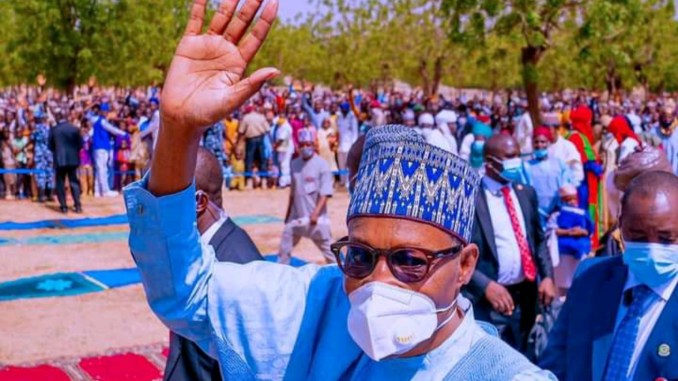 Why Buhari has 12 million votes before elections – Presidency

The presidency has restated that President Muhammadu Buhari usually has at least 12 million votes waiting for him in different parts of the country before elections due to numerous followers.

A statement by Mr. Femi Adesina, Special Adviser to President Buhari on Media and Publicity said the President enjoys such love from electorates following his good gesture towards poor and vulnerable Nigerians.

According to Adesina, President Buhari has several programmes that touch the lives of millions of Nigerians, including the Internally Displaced Persons, IDPs, in various camps across the country.

He said, “It is often said that the man already has at least 12 million votes waiting for him in different parts of the country before the first ballot is cast in general elections. The poor and the vulnerable constitute this large army of voters. They swarm round him, as bees do to the honeypot.

“There is distribution of food and non-food items to the poor and vulnerable across the country, collaboration with States to return and resettle IDPs in their communities of origin, and cooperation with National Agency for the Prohibition of Trafficking in Persons (NAPTIP) on routine repatriation of Nigerians stranded abroad. About 17,242 of such cases have been handled.

“Now you know why President Buhari always has that standby 12 million votes. He cares for the poor and lowly. Whence comest another? They don’t seem to make them like this anymore”.