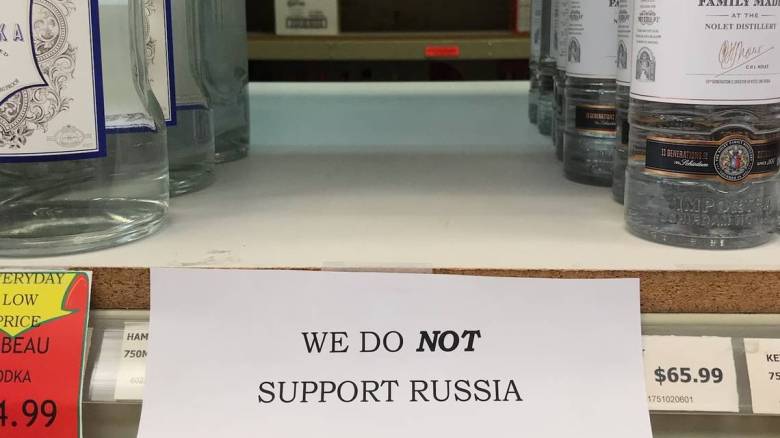 Canadian liquor stores are removing Russian vodka and other Russian made alcoholic beverages from their shelves in an act of condemnation over Moscow’s invasion of Ukraine.

After weeks of warnings from Western leaders, Russia unleashed a three-pronged invasion of Ukraine from the north, east and south on Thursday, in an attack that threatened to upend Europe’s post-Cold War order. read more

Liquor stores in the provinces of Manitoba and Newfoundland said they were removing Russian spirits, while Ontario, Canada’s most populous province, also directed the Liquor Control Board Of Ontario to withdraw all Russian products.

In Ontario alone, all products produced in Russia will be removed from 679 stores.

“The Newfoundland and Labrador Liquor Corporation, along with other Liquor jurisdictions throughout Canada, has made the decision to remove products of Russian origin from its shelves,” the NLC Liquor Store said in a tweet.

Canada imported C$4.8 million ($3.78 million) worth of alcoholic beverages from Russia in 2021, according to Statistics Canada data. That is down 23.8% from C$6.3 million in 2020. Vodka is the second most popular spirit among Canadian consumers after whisky, Statscan said.

“The people of Ontario will always stand against tyranny and oppression,” Bethlenfalvy said.