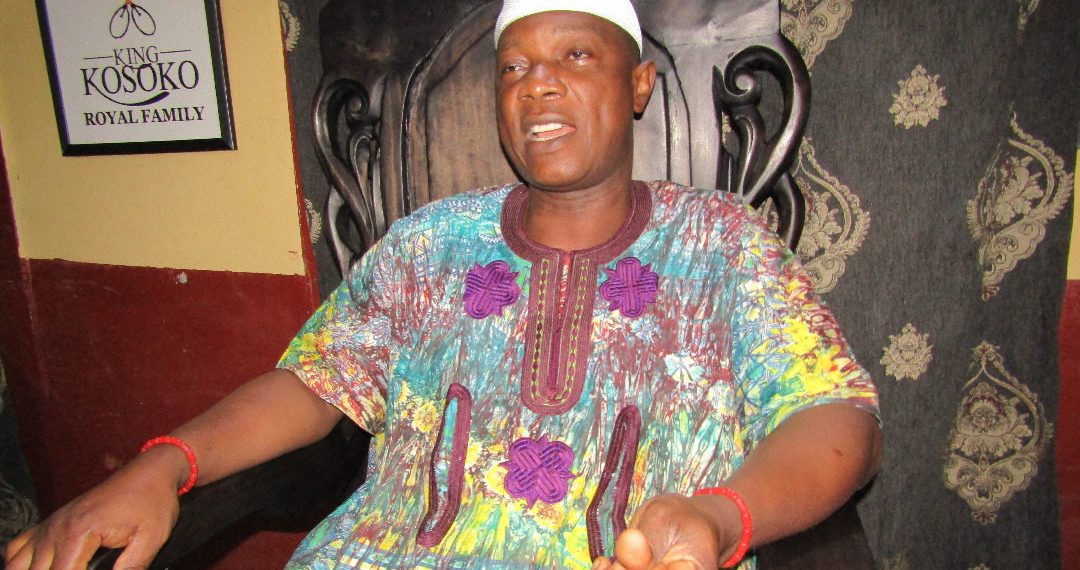 The Oloja of Lagos, Abiola Kosoko, has appealed to the federal and state governments to declare his late forefather’s 161-year-old building, constructed by the British government, a tourist site.

Mr Kosoko, a descendant of the late King Kosoko of Lagos, appealed at a news conference held at Kosoko palace in Lagos Island.

The News Agency of Nigeria (NAN) reports that the paramount ruler is also a tourism consultant and owner of Ikorodu- based Origin Gardens and Zoo.

King Kosoko was the Oba of Lagos between 1845 and 1851. His insistence on the slave trade was the pretext for the 1851 British bombardment of Lagos, for which he went into exile in Epe.

He said the briefing was also to notify the public of the remembrance of his late father, who died 150 years ago and celebrate his first anniversary as the Oloja of Lagos.

NAN also reports that the building, situated in the heart of Lagos Island, remains architecturally strong, with all the relics and artefacts of the late king intact.

Mr Kosoko described the building as historical, which the country should never forget and neglect, saying that it was one of the oldest buildings in Nigeria.

“In a bid to improve tourism in our society, this kind of building should be publicised to attract more visitors. Therefore, we will be inviting the ministry of tourism to visit the place.

“I have sent a letter to National Commission for Museums and Monuments (NCMM), but they didn’t believe this place still exists.

“They believe Lagos Island is strictly a commercial area and that such a building might have been demolished for businesses, but the truth is that it remains, and King kosoko was buried here.

“This building was built by the British for King Kosoko to bring commercial spirit back to life in Lagos Island, and all his relics remain in this place.

“The moment we are done with the renovation, we will seal our partnership and formal presentation with the state government and UNESCO, “he said.

Mr Kosoko urged Nigerians both home and abroad to patronise their country’s tourist centres rather than neglecting them.

NAN reports that the late king was a member of the Ologun Kutere royal family, who reigned as Oba of Lagos from 1845 to 1851.