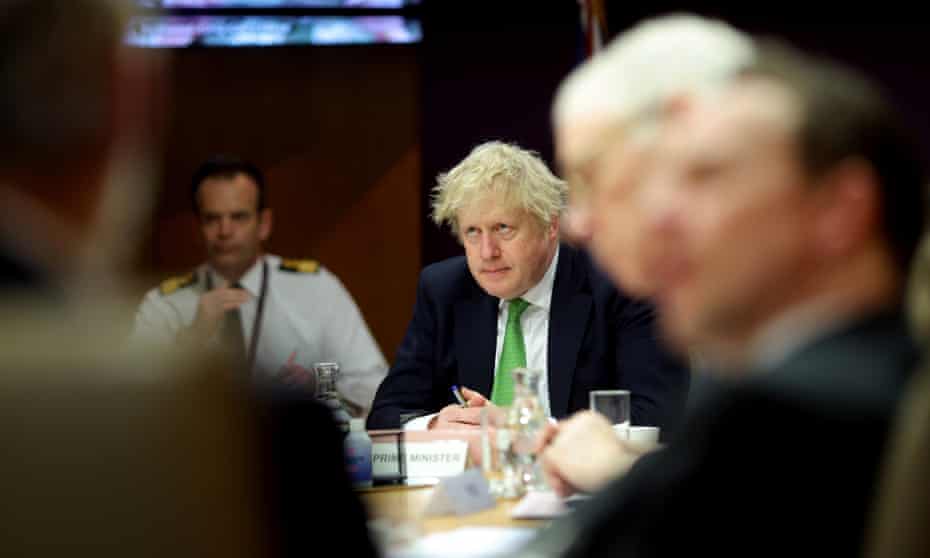 The Prime Minister of the United Kingdom, UK, Boris Johnson, has vowed that Russian President, Vladimir Putin must fail.

Speaking during his visit to the Ukraine-Polan border with the Polish Prime Minister Mateusz Morawiecki, Johnson described the Russian invasion of Ukraine as worse than was predicted.

Johnson promised to send weapons and aids to Ukraine because the East European country faces an “unfolding disaster.”

The British Prime Minister noted that Putin has underestimated the desire of Ukrainians to defend their country from external aggressor.

According to Johnson: “I’m afraid to say that the tragedy that we predicted has come to pass and, if anything, it is worse than our predictions. We are seeing an unfolding disaster in the European continent.

“It is clear that Vladimir Putin is prepared to use barbaric and indiscriminate tactics against innocent civilians to bomb tower blocks, to send missiles into tower blocks, to kill children, as we’re seeing in increasing numbers.

“I am absolutely convinced — I am more convinced than ever — as this hideous conflict progresses, that Putin will fail. I believe that Putin must fail, and that we will succeed in protecting and preserving a sovereign, independent and democratic Ukraine.”

2023: Umahi congratulates Tinubu, vows to give him bulk votes in…

Ukraine will be around a lot longer than Putin – US vows