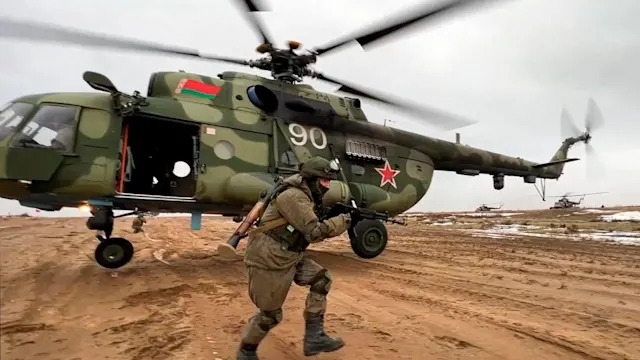 Several demoralized Russian troops who were captured in Ukraine were reportedly allowed to call home over the weekend to inform their families about their safety and profess confusion about why they were sent to war.

In one of the videos purporting to show the phone calls which were taken by Ukraine’s Interior Ministry and posted on YouTube, a Russian soldier said: “Mama and Papa, I didn’t want to come here. They forced me to”.

WITHIN NIGERIA learnt that videos of captured or surrendered Russian troops were also posted on the Ukrainian Security Service’s Facebook page.

The posting of the videos showing captured Russian troops raised questions about whether Ukraine had violated Article 13 of the Geneva Conventions, calling for the protection of prisoners of war “against acts of violence or intimidation and against insults and public curiosity.”

The captured Russian soldiers, and any Ukrainians captured by the Russians, were entitled to humane treatment and protections under the law of war and the Geneva Conventions, said Gary Solis, a Vietnam veteran, retired Marine judge advocate general and author of the book, “The Law of Armed Conflict.”

“It’s a violation” of Geneva to post the videos, but not what would be considered a “grave breach” to be taken up by a war crimes tribunal in The Hague, Solis said.

“Anybody who is captured is a prisoner of war” and must be shielded from abuse and provided medical treatment as a lawful combatant, he added. “Clearly, the Russians who were captured were wearing uniforms.”

He compared what the Ukrainians had done more to a misdemeanor than a felony, and also noted that there was a positive humanitarian aspect of the videos in showing “proof of life” to the families of the captured troops.

The International Criminal Court in The Hague has made no mention of Ukrainian actions since Russia invaded last week, but on Monday, ICC Chief Prosecutor Karim Khan said in a press release that he planned to begin an investigation “as rapidly as possible” into possible war crimes and crimes against humanity committed by Russia tied to the bombing and shelling of civilian buildings.

In English subtitles added to one video by Ukrainian authorities, another Russian soldier tried to explain his plight to his mother: “Hello, hello, Mom? Hi, did you recognize me? I am in the territory of Ukraine. I’ve been taken captive but I’m alright.”

In addition to the videos of soldiers calling home, the Interior Ministry showed off-camera interrogators questioning the troops who mostly appeared to be unharmed and speaking freely, but some had cuts and bruises on their faces.

One soldier appeared under sheets in what was either an aid station or hospital bed and said “I got here not knowing” what the mission was, according to the Ukrainian translation. “I didn’t imagine what will happen here. There was no need to come here.”

He said “our convoy got under fire” and now “my legs are broken.” He had a wife and two children back in Russia, the soldier said, and “I pray to God to recover.”

A common theme among the soldiers was that they were conscripts, with little concept of why they were sent into Ukraine and-or what their mission was once they crossed the border.

One Russian soldier said: “We came here under the pretext of doing military exercises. We were not planning to make war on Ukraine. I am alive and healthy as a captive, and my message is to stop the war in Ukraine. It is nonsense; people are dying.”

Ukrainian officials gave no overall figure for how many Russian troops may have been captured, but Ukraine’s Interior Ministry reported Tuesday that 5,710 Russian troops had been killed since the Feb. 24 invasion began.

Russian Defense Ministry spokesman Maj. Gen. Igor Konashenkov declined Sunday to give numbers on how many Russian troops had been killed or captured but said more Ukrainians than Russians had been killed, Russia’s Tass news agency reported.

“There are dead and wounded among our comrades,” Konashenkov said without giving any figures, but added that Ukraine’s losses were “many times” more than Russia’s — again without giving specifics.

Although they may not be wearing uniforms, the civilians would be considered lawful combatants so long as they were wearing a sign or symbol of their allegiance, and simply carrying a weapon would qualify as such a sign, Solis said.