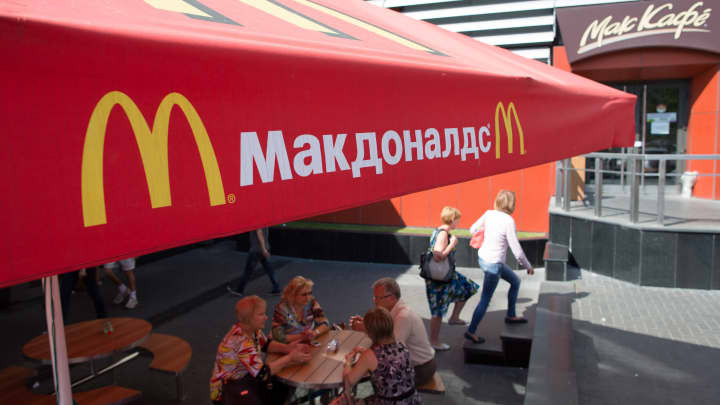 McDonald’s closes 850 restaurants in Russia, after being criticized

Days after being criticized for taking a neutral stance on the Russian invasion of Ukraine, fast food giant, McDonald’s says it will close 850 of its outlets in Russia, nearly two weeks after Russian forces invaded Ukraine.

The fast food giant who was accused of staying silent on the war, has long played a symbolic role in Russia, opening its first Moscow branch months before the Soviet Union collapsed.

CEO Chris Kempczinski wrote in a letter to franchisees and employees that the chain will pause all operations in Russia. However, it will continue to pay its 62,000 Russian employees, and its Ronald McDonald House Charities will continue to operate.

“In the thirty-plus years that McDonald’s has operated in Russia, we’ve become an essential part of the 850 communities in which we operate,” Kempczinski wrote in his letter. “At the same time, our values mean we cannot ignore the needless human suffering unfolding in Ukraine.”

About 84% of McDonald’s Russian locations are owned by the company, while the rest are operated by franchisees.

Kempczinski said it is impossible to predict when McDonald’s would be able to open its Russian restaurants as the company is experiencing supply chain disruptions and other operational challenges.

He also said McDonald’s is paying full salaries for Ukrainian employees and has donated $5 million to its employee assistance fund.

McDonald’s announcement comes after Yum Brands, owners of KFC said it would suspend restaurant development and investment in Russia. The KFC owner has more than 1,000 restaurants in Russia that account for roughly 2% of its systemwide sales.